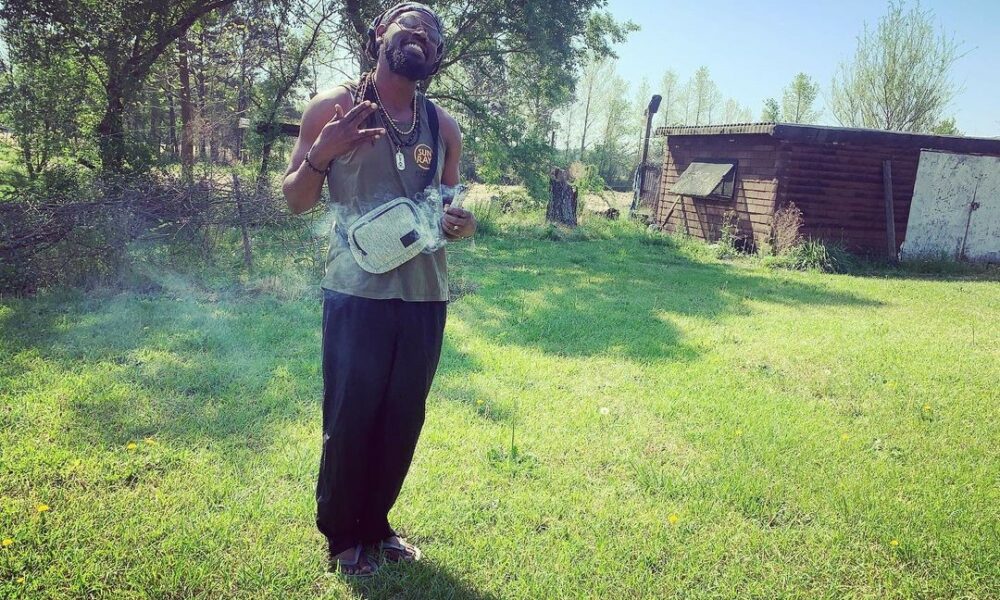 Today we’d like to introduce you to Tre Mars.

Hi Tre, we’re thrilled to have a chance to learn your story today. So, before we get into specifics, maybe you can briefly walk us through how you got to where you are today?
I started my journey in Germany and was born in Clovis, New Mexico on an Air Force Base. A few days later, we took a 2-day drive to Buffalo, New York. My brother was born four years later. A year after we moved to North Carolina! I’ve been all over the area from Clayton to Raleigh and now I live on six acres in the country’s part of Newton Grove, lol.

When I was younger, I was a huge fan of Eminem. I was very deep into hip hop since elementary school. In middle school, I would do text battling on this website EminemWeb.com. Because of that, I was very skilled at writing lyrics and punchline-style bars that could be used against others. In high school, on Youtube, I went viral by being the first and only person on Youtube to recreate the Joey Bada$$ beat ‘Killuminati’. It has 368,000 views! I later started a skate team called Skate Mind, and we had success with over 200 videos. This era allowed me to understand online presence and music at a young age.

Later down the road in 2013, I partnered with someone and created a hip hop group named 9192. We did shows weekly and performed at locations such as Pinhook, PourHouse, KosherHut, and Smokin’ Grooves, and more! This was a great time for me because I was able to develop a performance presence and we put on some great shows. We ended up releasing six albums and we won the 2017 Carolina Music Award for Hip-hop Group of the Year!

After the award, 9192 split. I ended up connecting with some musicians I met through the scene and we built a band called ‘The Kids Downtown’. Because of the split, the first show at Imurj was PACKED! It was my first time putting a full production together and it was a success. I just remember all the cash I had! From there on, we were able to sell out The Pour House on our 3rd show with Pie Face Girls and were booked up. I remember one month we did almost 10 full band shows!

The Kids Downtown is still currently my band. I have hired a new guitarist, keys, and drummer. My guitarist, Mo, is also my engineer and recorded and mixed my 2019 solo album ‘NOW or NEVER’, which is an 18 track album produced by Adam Mobarek at promo sound and mastered by Mitchell Dancik at Pie Man sound. This album is a collective of conscious wordplay, creative storytelling, and jazzy chord progressions.

In 2019, I was once again fired from Corporate America. I decided to pursue my company, ‘Inside The Vibes’. I was able to put myself in many different environments because I wasn’t tied to a 9-5 anymore! Throughout the year, I was able to travel to Ohio and do media for the 2×2 Festival, which consisted of many artists along with Mickey Facts, Skyzoo and Apollo Brown, Elzhi and Khrysis, and more! I worked with Twista, Method Man, and Redman opened up for KungFu Vampire, Slum Village, Devin The Dude, and a few others!

The entertainment company I worked for, Rock Creek, was responsible for stagehands that built many stages such as TDE, Wiz Khalifa, WWE, Chris Brown, H.E.R, I was able to help build the Dreamville stage and help the stage manager on the Main Stage all day! My friend sends me a screenshot of me on the Tidal Stream behind DJ Dummy. This year was such an amazing year for me as an artist and it allowed me to see the higher levels of the industry.

In 2020, I met my fiancée. We created a beautiful duo called HoCo & Mars. We released our debut album, ‘Atlas’, in December. She is such a beautiful soul. We share the same thoughts and complete each other’s sentences! We partnered with The Kids Downtown and have done some beautiful events with the band! Our journey has just begun and Cherry Roses (Song #4) hit 50k streams within the first few months of the release. In 2021, we decided we wanted to launch our new businesses. We were able to find a wonderful space to build a studio and throw weekly events.

I partnered with Mr. Carolina Hip-hop, we were able to do Touch The Mic, which was a weekly open mic. The most artists I’ve booked in a week were 40! This platform allowed me to connect deeper into the music scene but in a curator space. Through Arcade of Thrones, I was able to throw successful events such as Boundless, which was an art gallery, vendor, and performance event. This platform helped me develop a whole collective of artists. This step in my journey was a very important one.

I created Vybrashun in June, we are an open-minded and spiritual collective full of talented artists that travel to different cities and put on events as well as perform at them. We also promote artists and work very closely with social media. Our slogan is “Vybes in the building? Vybes gon kill it!” This creative energy has begun to spread through the environment as we speak. We have almost 15 dedicated members and we are a family beyond the business.

We have put our first series called ‘Vybe Session’ together at the Pour House on the last Monday of the month for the rest of the year. This is where I am today, a part of a beautiful family that supports one another and we have watched our substantial growth over these past months!

Can you talk to us a bit about the challenges and lessons you’ve learned along the way? Looking back would you say it’s been easy or smooth in retrospect?
The road has been very shaky indeed! Losing friends, business partners, feeling used for my knowledge, along with many other things has made me understand what’s in front of me way more. A huge struggle was losing my music partner. I dealt with that loss for years and it honestly didn’t affect me negatively. It made me stand in the spotlight as “just me”.

I no longer had to rely on someone else to pull their weight. I realized that it was up to me to do what it is I need to do to be a successful artist. I’ve been through so many different experiences over the years. These experiences have been some rough lessons. Honestly, I don’t always learn the first time. These lessons always cycle back around until I get a grasp of reality. Once I learn them, I am preparing for the next one!

Thanks – so what else should our readers know about your work and what you’re currently focused on?
Currently, Vybrashun is my focus. Our motto is “Dream It. Create It. Manifest It.” This group of individuals has become my family through the good times and the bad times. Our focus on music has only made each one in the family stronger. I specialize in identity. I’m very adaptable to my environment and that helps me able to see another side that sometimes others don’t see. That works very well in my business because I am a multimedia specialist.

I do web design, graphic design, photography, videography, events, marketing/promotion, mentoring, and more! In the spiritual world, I studied Reiki for almost seven years. I have a Reiki Master Teacher certification. My focus on energy work has helped me heal my own self and ground into my intentions. I’m most proud of the space that my journey has brought me to. I remain humble as well bringing forth the awareness that I always have something up my sleeve, whether you believe in me or not!

In terms of your work and the industry, what are some of the changes you are expecting to see over the next five to ten years?
Within the next 5-10 years, I see many artists in the North Carolina area taking their artistry to the next level. There are so many talented individuals in the area. I love seeing when my friends get signed to labels or open up for major industry acts that come to the city. It inspires me to continue to grow with the flow. I feel a great idea would be to put a huge industrial building in downtown Raleigh or Durham.

If we had a major label like Warner Brothers or Atlantic directly in the area, many artists would have bigger opportunities. There are major shifts that have already happened, with the pandemic. We have lost venues, lost shows, and many bigger things as well. Because of this, we focused on our craft, so that once we returned, many of us came back stronger than ever! Sometimes shifts need to happen to allow us to shift our focus. 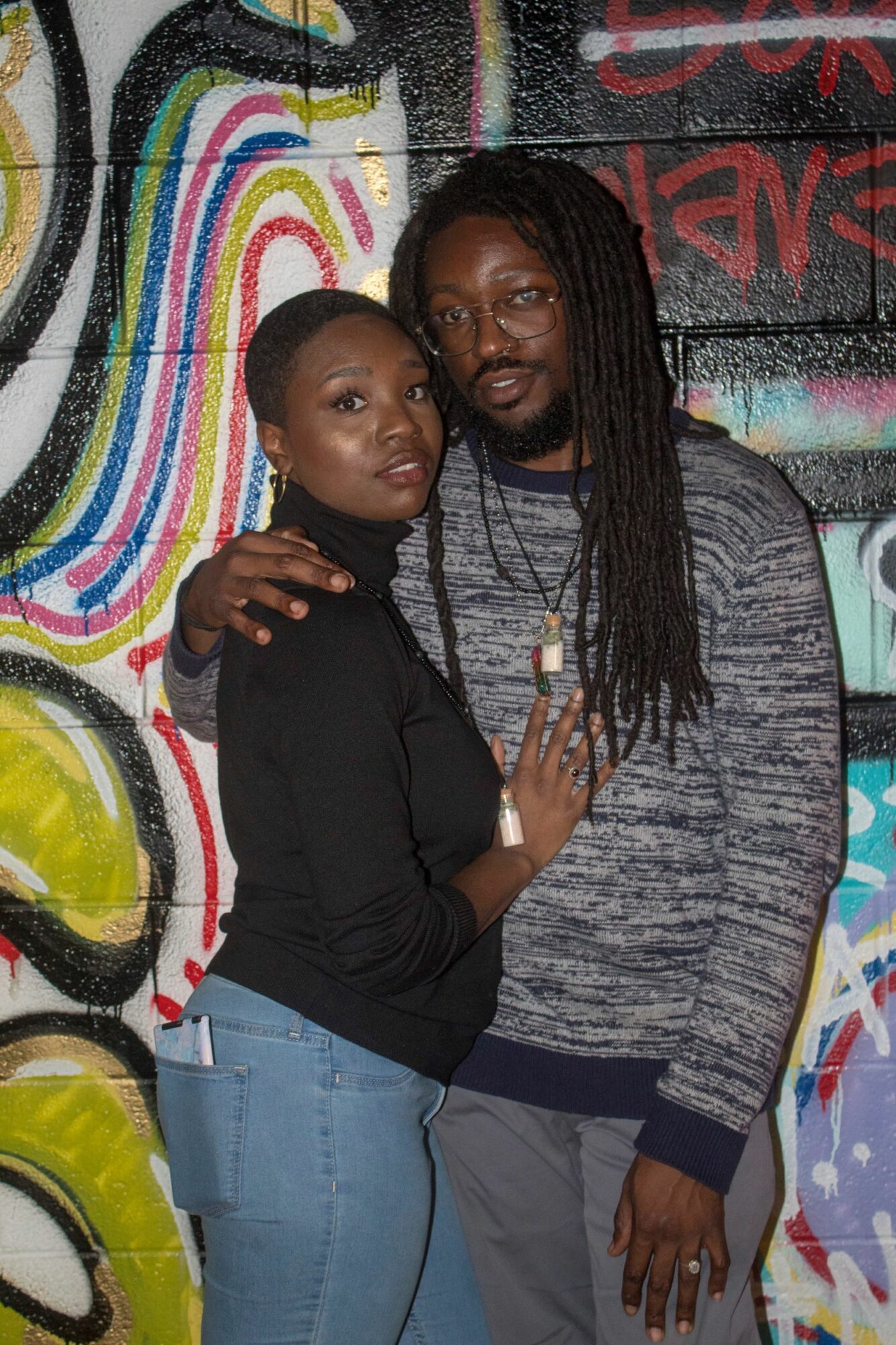 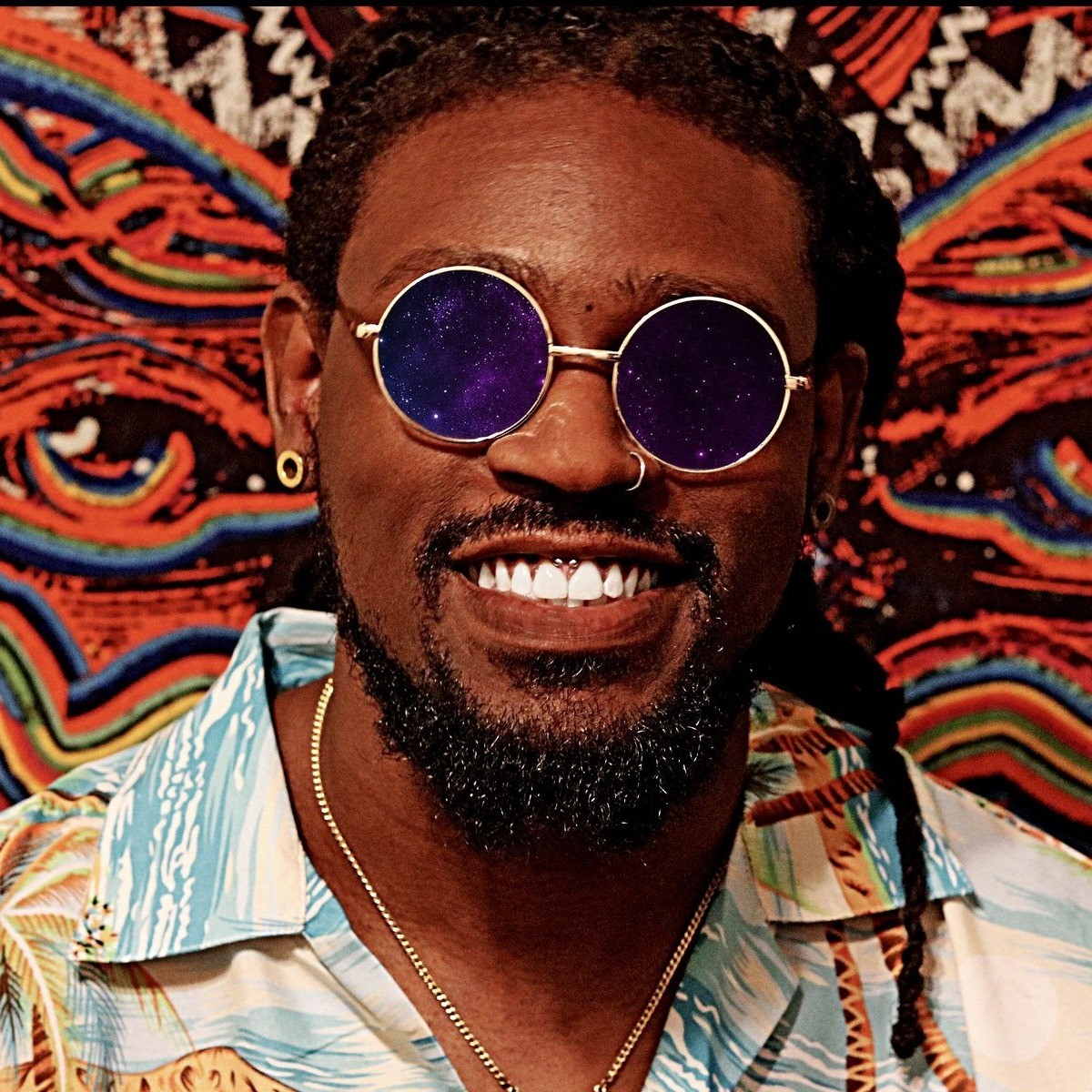 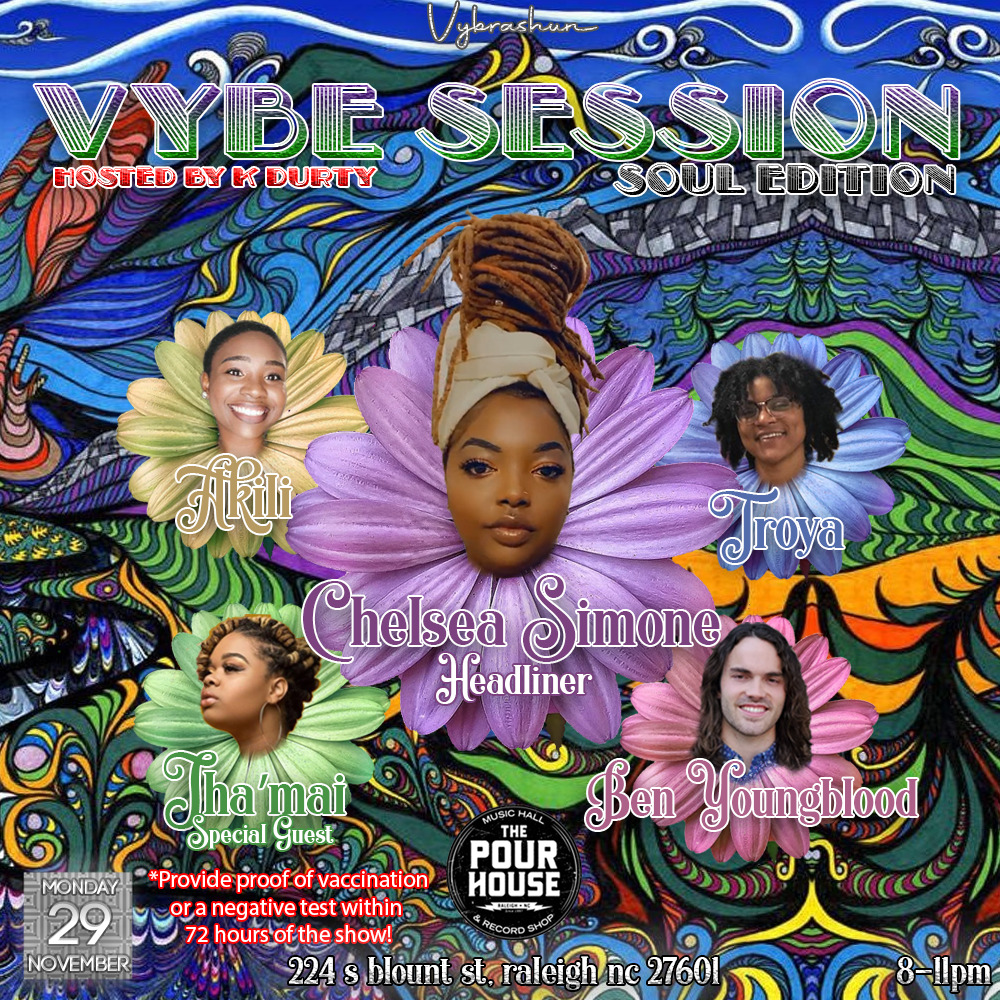 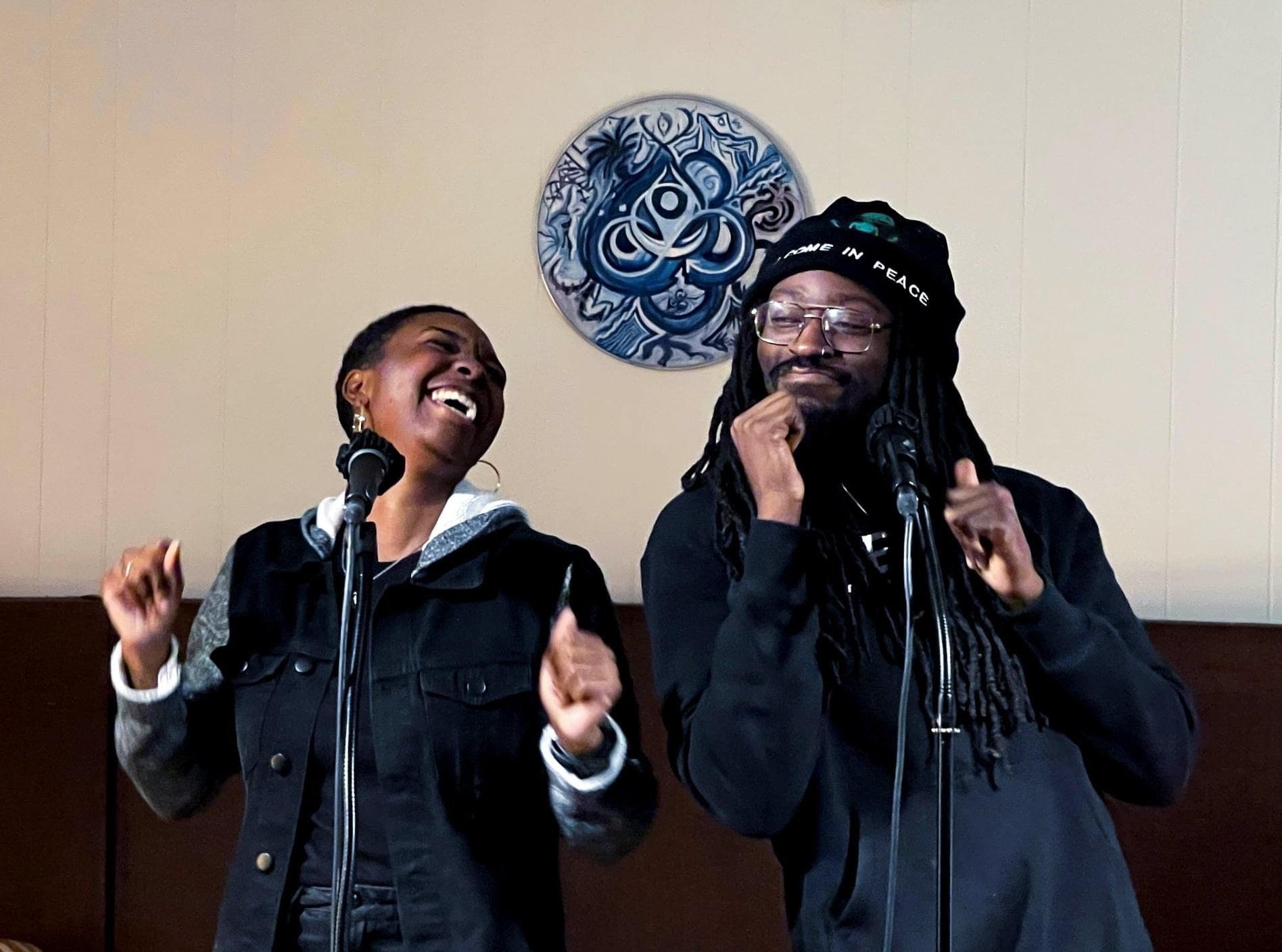 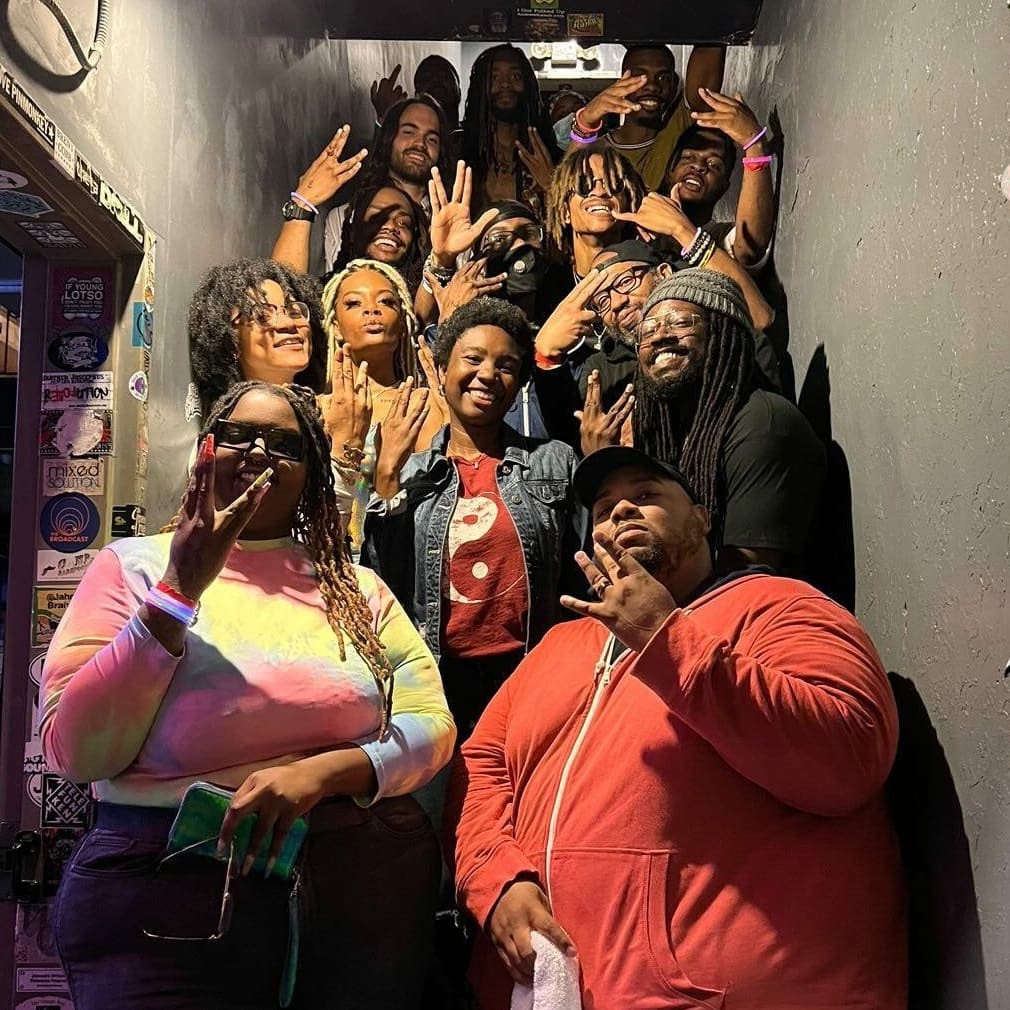 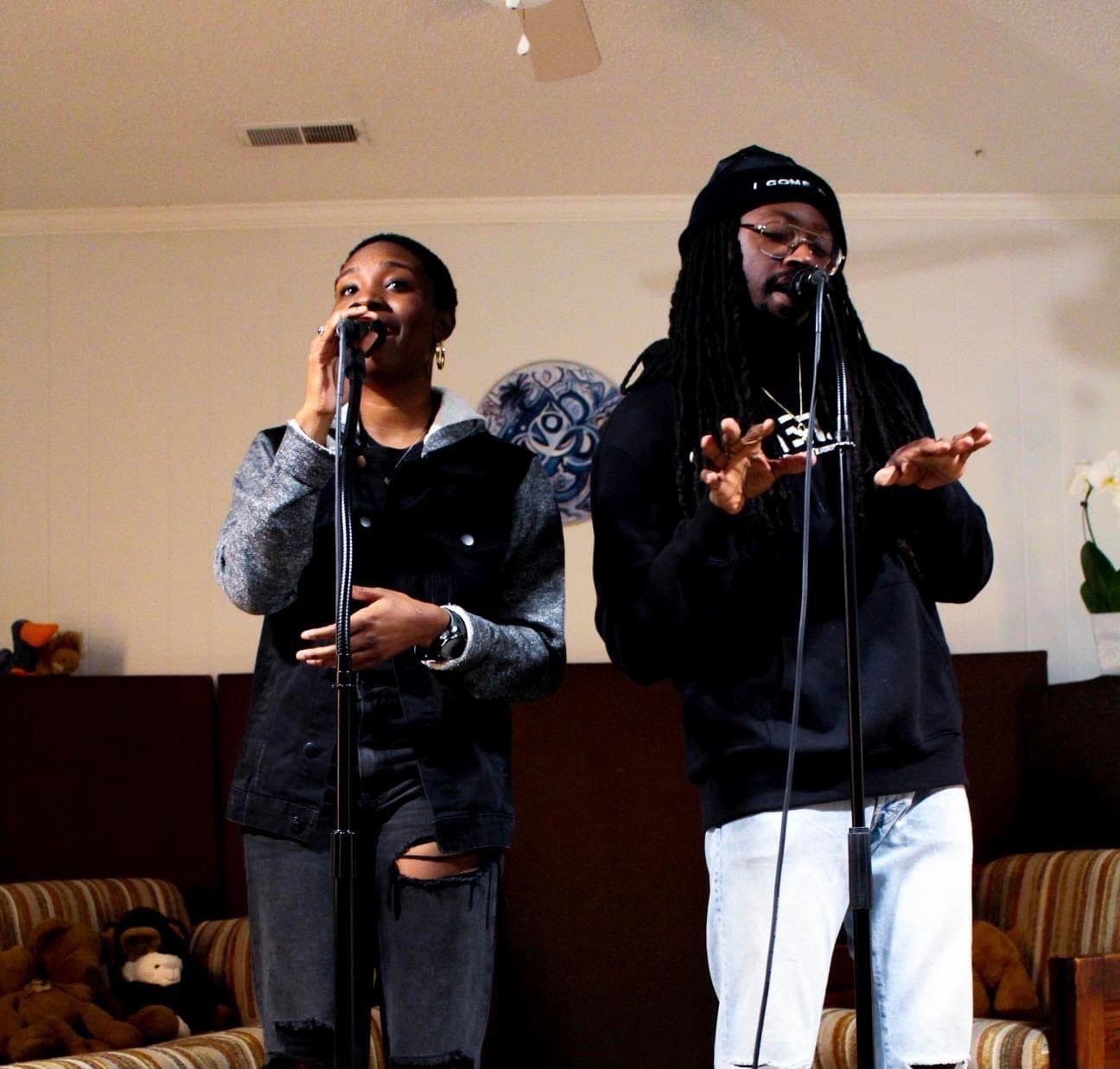 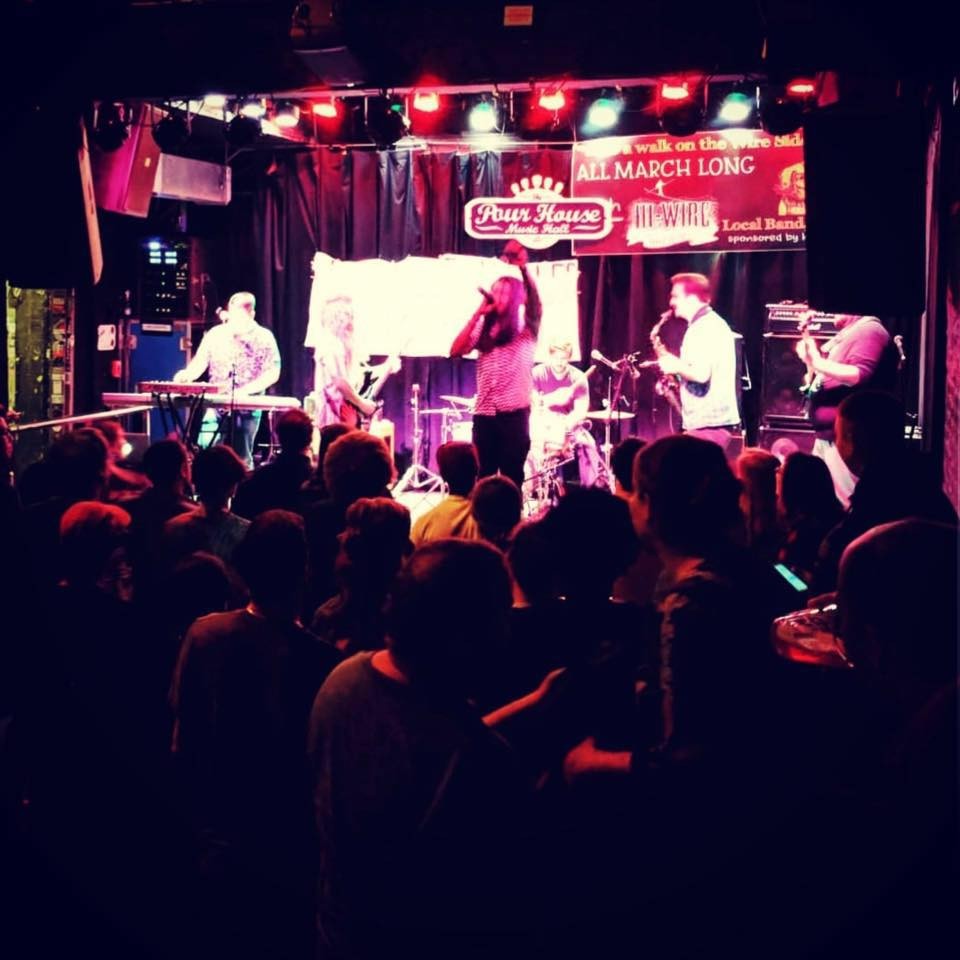 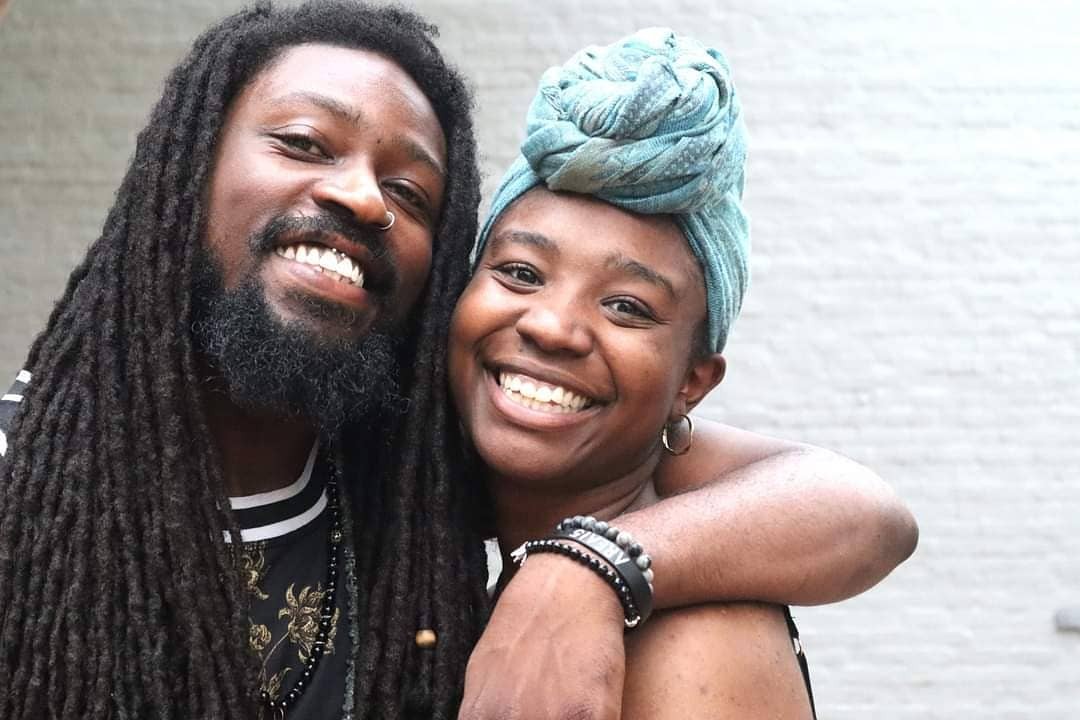 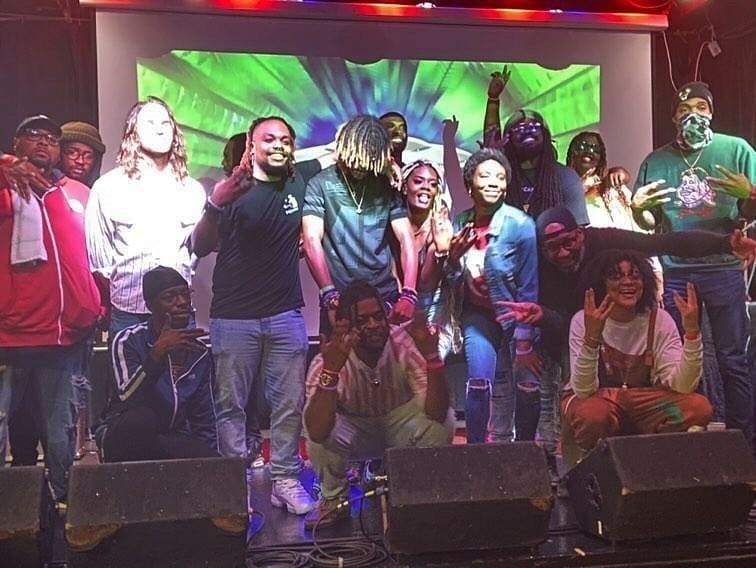 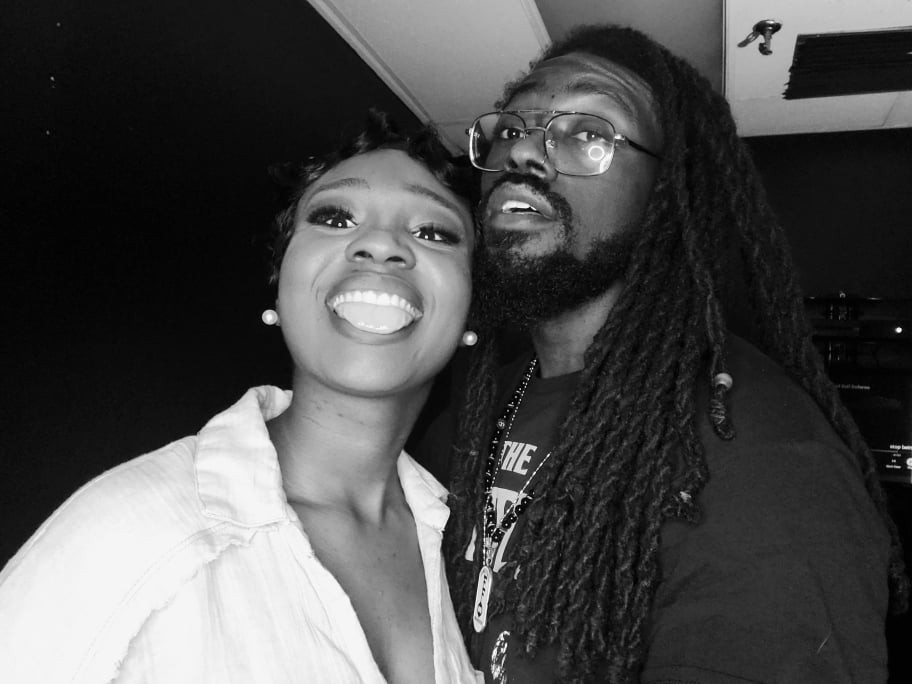 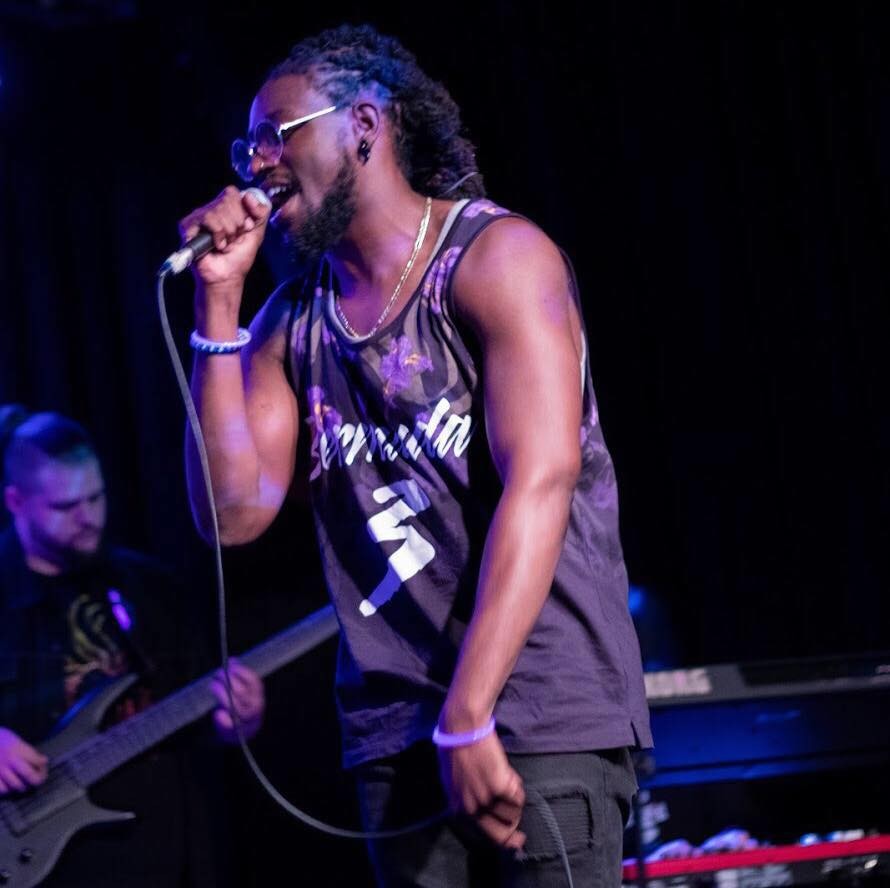