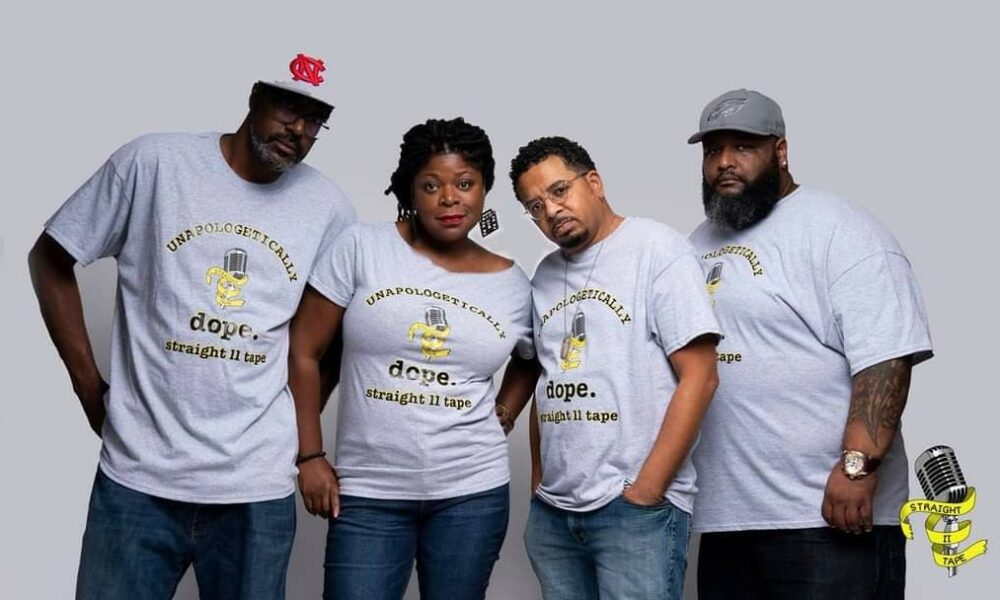 Hello Straight II Tape, so excited to have you with us today. What can you tell us about your story?
(Keysha) We’ve all been friends for over 30 years with many shared interests—music and shows, good drinks and food, and a love of the hip-hop culture. In early 2018, Perry approached Tico with the idea of a podcast. Later that year, at the opening of an Andre Leon Gray art show, the two asked me to join so they wouldn’t sound like two dudes telling dirty jokes on the air. We recorded our first show in March 2018 and began recording weekly shows in September. Six months later, we introduced Rob as a guest fill-in for Tico, and he stuck. Rob, a commercial radio veteran, was one of us, always had been. We’d become a four-pack. In addition, we have Karim Bishop Omega, a local rapper/comedian, as our permanent guest host. He stops from time to time to add an extra dollop of comedy and insight to any given show. In 2019, Felicia, another 30+ year friend, joined the team as “the best showrunner in the game,” bringing her a background in communications and project management. She has been able to tighten up our ship and allow us to focus on our creativity. Member Names – Keysha McDougal, Perry Jones, Rob Thornton, Tico Bethea, Felicia Rousseau

Alright, so let’s dig a little deeper into the story – has it been an easy path overall, and if not, what were the challenges you’ve had to overcome?
(Perry) We started as an audio podcast, recording in-person, and releasing the show to a few podcasting platforms. Our in-person, on-air chemistry was amazing and was a large part of why people enjoyed our show. Even though the audience could not see us, they knew we were connected and our guests in those audio casts. (Rob) In roll COVID and lockdowns. We had to find a way to adapt while still maintaining our tried-and-true connection. We decided to start live streaming, but technology-wise, it took a few tries and different platforms to get to where we wanted to be. We tried a few different platforms. None of them had the capacity or control that we needed. We found a platform that allowed us to control the visual effects have multiple guests, and record audio and video for later use. It was ON!

(Tico) Our struggle turned into a blessing. The shift to live streaming opened the door for guests we wouldn’t have connected with before. We’ve been able to interview dope humans like Coach LeVelle Moton, Rapper Pooh, Skyzoo, Mike G of the Jungle Brothers, and more! We can also stand alone and have built a community around our witty online antics.

Appreciate you sharing that. What else should we know about what you do?
(Keysha) We are all Black in America. We are all parents and lovers of hip-hop culture and bourbon. We all follow politics closely (Tico), but not as closely as Perry.

(Keysha) No one does that; we have our fingers on the pulse of political, social, and cultural happenings and all have distinct opinions on how those things affect our lives.

(Perry) We’re most proud of our lineup of guests and that we placed 3rd in a well-known local viewers’ choice awards contest.

(Rob) We are also known for our unapologetic viewpoints and conversation. We’ve had “run-ins” with right-wing extremists and their followers. We also blew a story open about a blackface incident at a local restaurant. We are not afraid to speak our minds to our audience, guests, or each other. On some topics, we have opposing views, but we can still have an intelligent conversation without the idiot talking points and, when necessary, agree to disagree.

(Perry) Our next journey is producing content under the S2T Media LLC umbrella. We’ve got some great content in the works, coming soon.

Who else deserves credit in your story?
(Perry) There are too many to thank! We’ve received so much love, support, and inspiration from many folks. 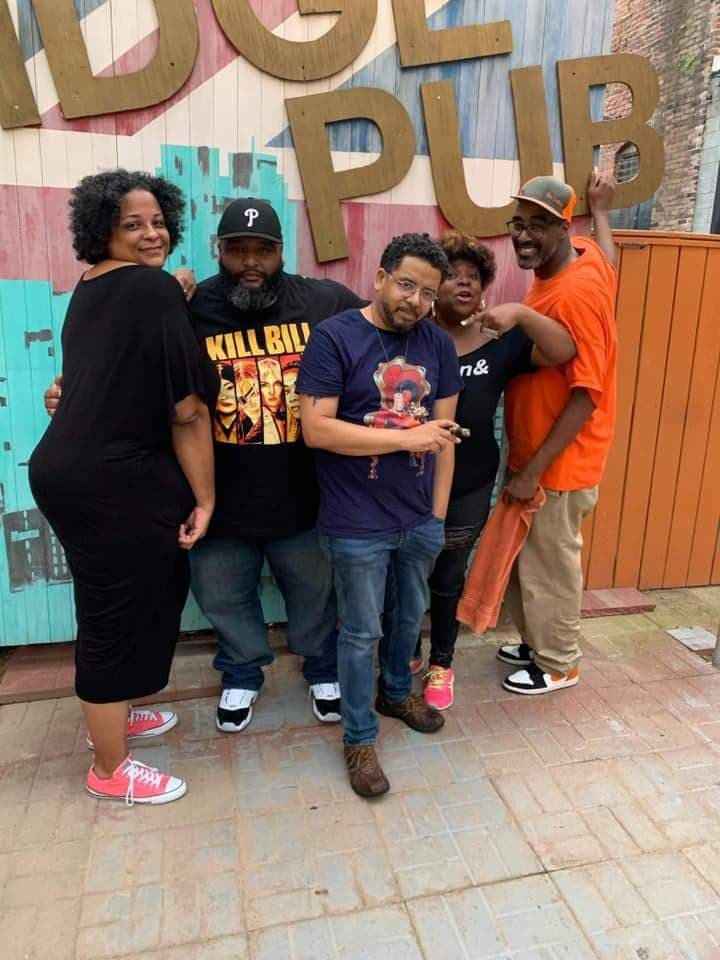