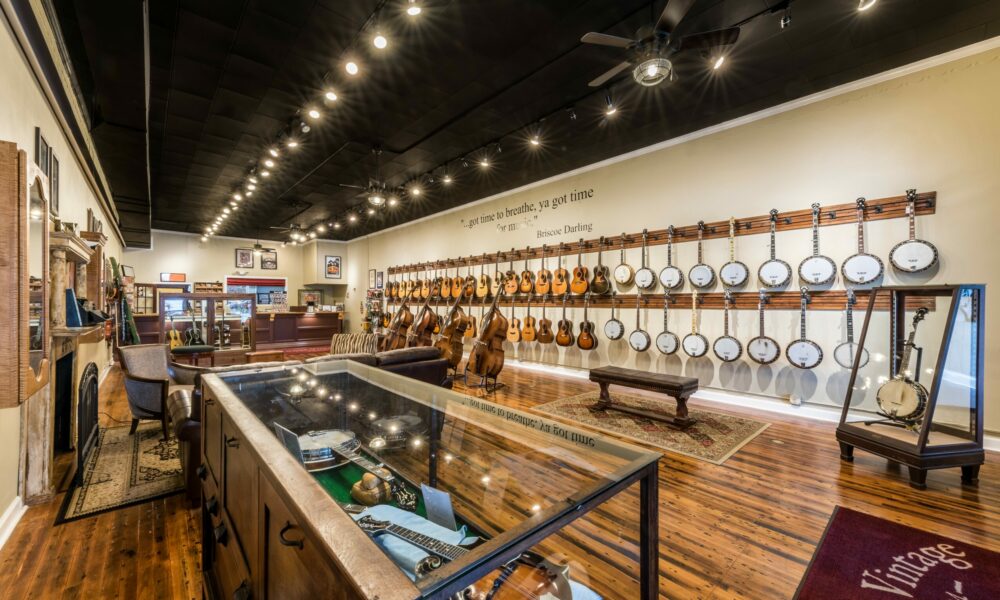 Today we’d like to introduce you to Will Lowe.

Hi Will, so excited to have you with us today. What can you tell us about your story?
We started out as just a father and son taking road trips together across the country, stopping in various pawn shops & music stores along the way. We would go out in search of vintage guitars and eventually realized that if we wanted to keep buying more guitars, we were going to have to start selling some too.

So we set up a little website around 2004 and began selling out of our house as a side hobby. That all got put on the back burner when I went off to NC State in 2008, but in 2012 I had a near-fatal car accident that forced me to withdraw from my senior year to recover and rehabilitate. While I was in the hospital we started talking about what I would do after school, and the idea of opening a brick-and-mortar store was born.

In 2013, we purchased the 186-year-old building at 327 S. Main St. in Burlington, NC, and began renovating it with friends, eventually opening our doors in 2014. In our eight years in business, we have been recognized by the North American Association of Music Merchants (the premier trade organization in the music industry, also known as “NAMM”) eight times as one of the Top 100 Dealers in the country.

Today, we have a wide range of vintage and used instruments, from pre-war Martin and Gibson acoustics to golden-era the 1950s and 60s electrics from Fender & Gibson.

I’m sure you wouldn’t say it’s been obstacle free, but so far would you say the journey has been a fairly smooth road?
It’s never a smooth road when you open a new business!

While we had some experience buying and selling guitars and banjos, nothing can prepare you for running your own shop other than getting out there and doing it.

We were lucky to have good advice from friends in the industry, but mistakes are unavoidable when you’re doing something new. We made plenty of them early on, but we have always been able to learn and grow from them.

We’ve been impressed with Lowe Vintage Instrument Company, but for folks who might not be as familiar, what can you share with them about what you do and what sets you apart from others?
We buy and sell vintage and used guitars, banjos, and mandolins. We sell Martin and Gibson acoustic guitars from the 1920s-1960s, Fender & Gibson electrics from the 50’s and ’60s, as well as vintage mandolins and banjos.

We also carry newer used instruments from the aforementioned brands, as well as highly-regarded manufacturers like Collings, Santa Cruz, Taylor, Bourgeois, and more! We also have instruments from one-man shops like Wayne Henderson, Edmonds, Circa Guitars, and others.

We pride ourselves on customer service, integrity, and the friendly, relaxed atmosphere we’ve created here at the store. We buy, sell, trade, and consign everything from single instruments to entire collections. 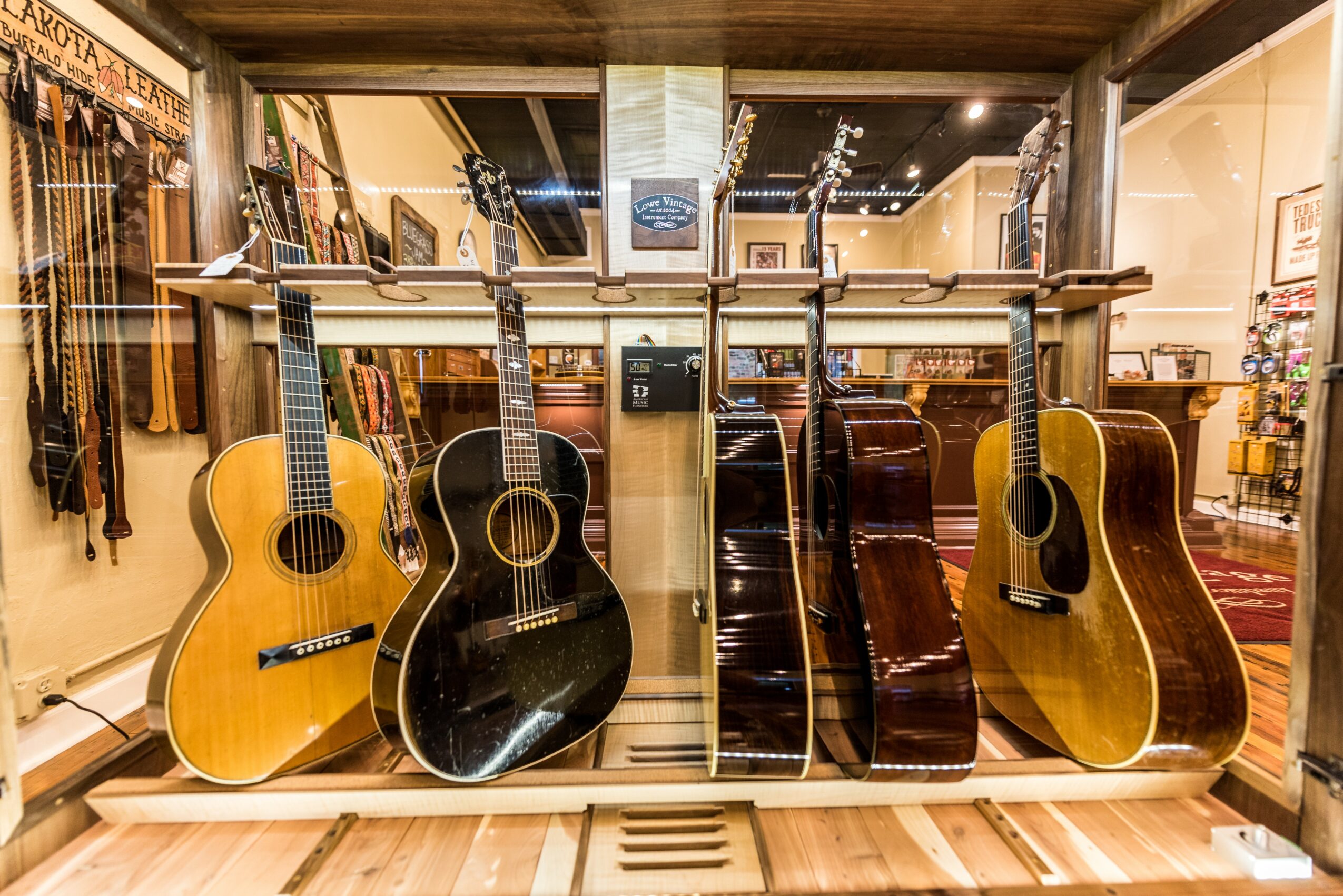 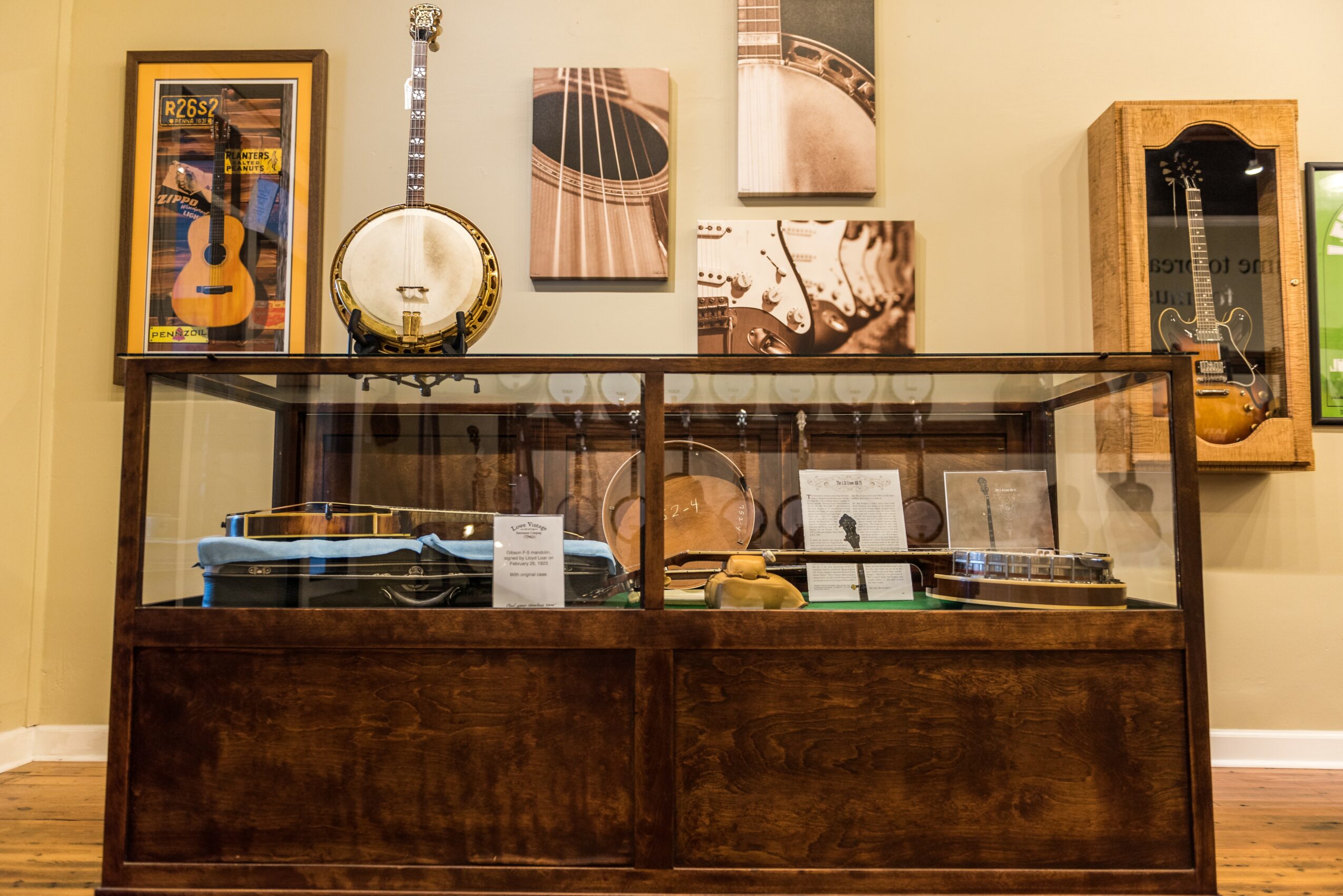 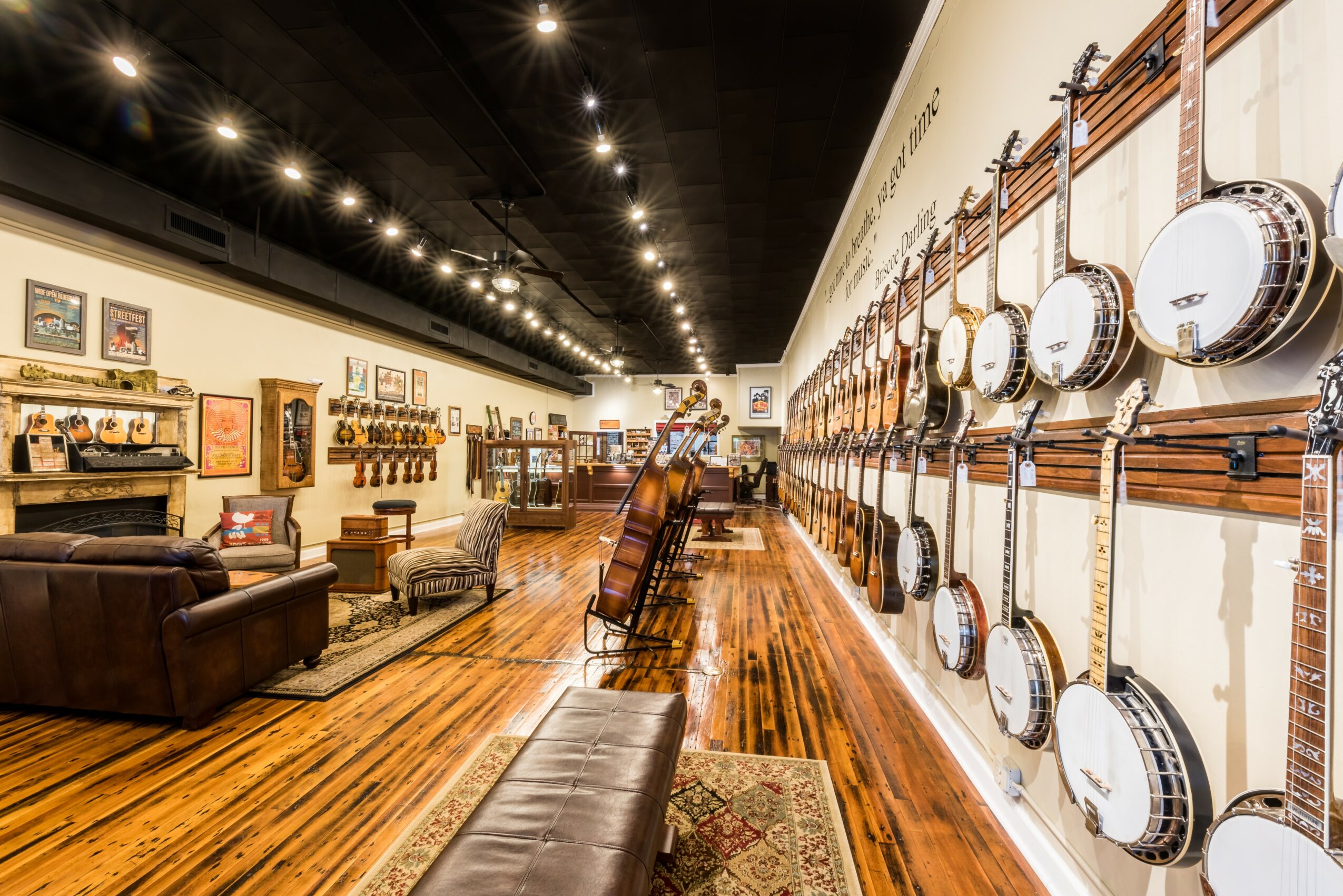 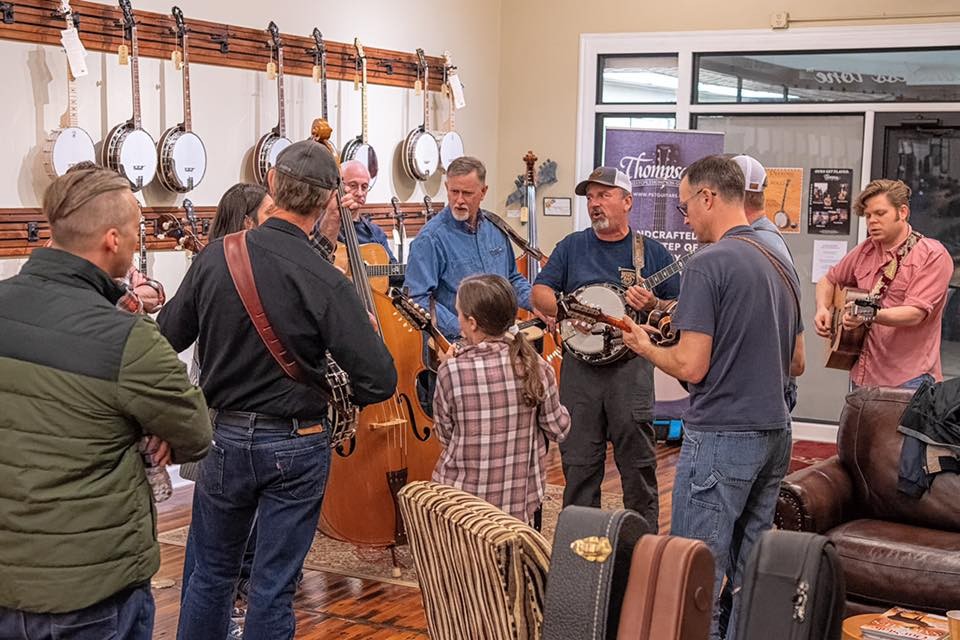 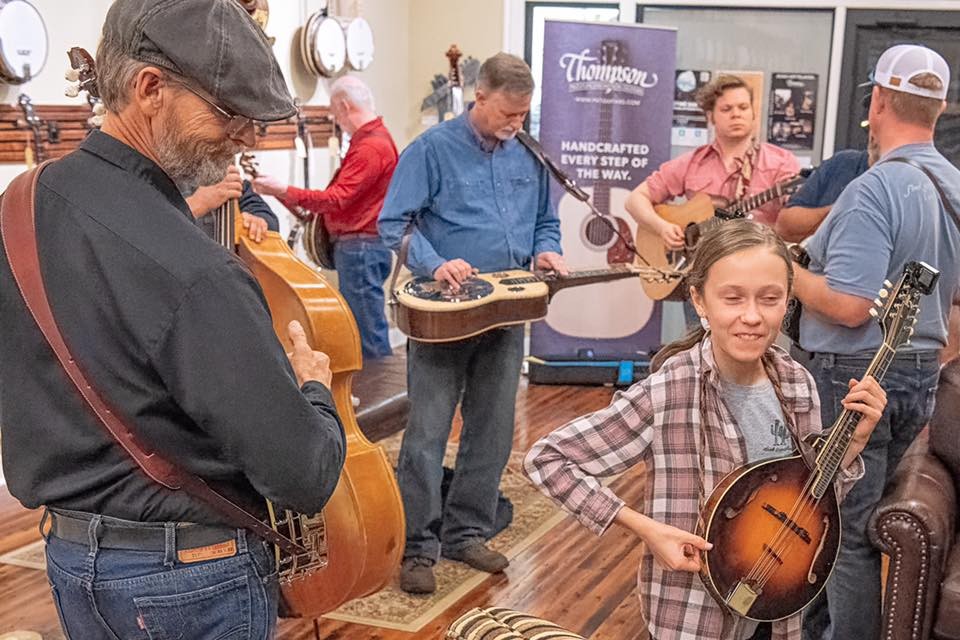