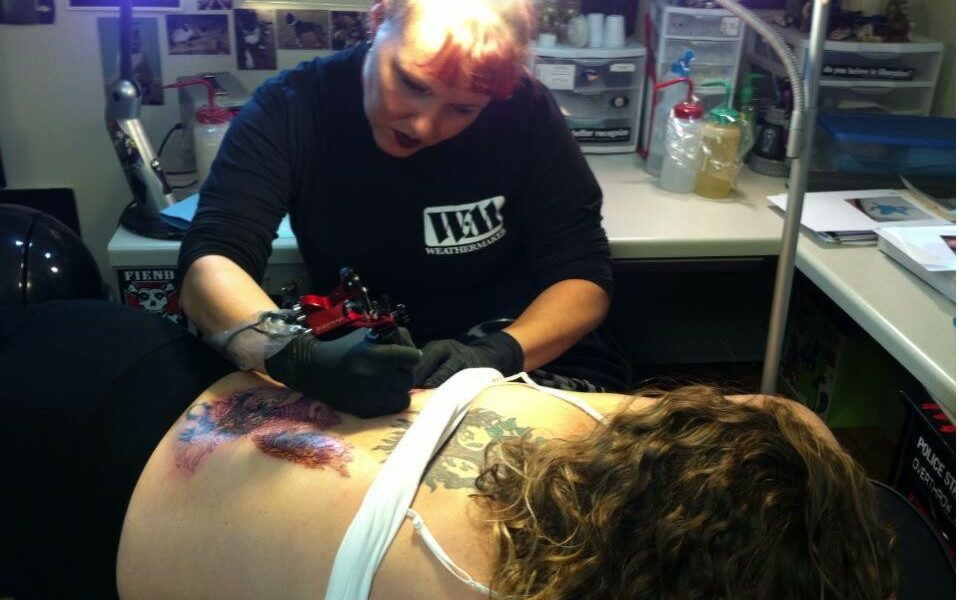 Today we’d like to introduce you to Elizabeth Mitchell.

Hi Elizabeth, it’s an honor to have you on the platform. Thanks for taking the time to share your story with us – to start maybe you can share some of your backstory with our readers?
I was the youngest of three girls raised in southwestern Pennsylvania in a rural coal mining community. My Mom was single but my grandparents stepped in to help care and encourage us all. I’ve been drawing since I could hold a pencil and always aspired to have a career in the Arts. I escaped and roamed the hills behind our house, sitting and sketching, writing poetry, reading and just exploring. Growing up in a rural community, you often had to amuse/distract yourself from the loneliness. As a young teenager, I attended a summer session at The Art Institute of Pittsburgh and found that I did not like the constraints of Commercial Art. At the same time, I was spiraling into oblivion. Life often takes us in strange directions at times; I ended up throwing away many future ambitions and running away from home with the 1st guy who showed interest in me when I was 16 years old. I was gone for three months before my family found me. Nothing good came of that, only more trauma. It was also the beginning of a pattern of me seeking love and acceptance wherever I could find it. I still don’t know who my father is to this day; it has affected me tremendously, more so than now.

At any rate, I switched gears and decided to attend Nursing School through a JPTA program in Pennsylvania. I worked in nursing for 15 years but moved frequently due to an extremely abusive relationship. I endured 27 broken bones, compressions fractures in my spine (after being kicked from behind), being stabbed seven times, thrown off a motorcycle going 45mph down Independence Blvd in Charlotte and enduring so many slaps to the head that it resulted in a perforation in my ear drum to large to heal and required three surgeries to repair. I still have permanent hearing loss and mild tinnitus but I also know I’m lucky to be alive. After leaving my abuser and spending the last five years of my career in a busy local ER, I retired from Nursing due to a PTSD diagnosis and decided to pursue my artistic endeavors again. I also met an incredible man in the midst of the transition and we’ve been married ever since. He encouraged my artistic ambitions, along with several friends, which brought me to tattooing. 16 years ago. The Tattoo Industry was not as kind to females back then but I persevered and eventually was able to finish an apprenticeship. After a few years of working for sketchy individuals, mainly a person, I worked for under indictment for murder, that I decided to throw caution to the wind. In July of 2010, I opened Conspiracy Ink Tattoos with a $10,000 loan from my incredible father in law and we’re still going to strong today. These are not the only setbacks I faced, just the most memorable.

We all face challenges, but looking back would you describe it as a relatively smooth road?
None of it was easy, not by any stretch of the imagination. Extricating myself from a very abusive previous relationship, learning about living with PTSD, and years of therapy to manage it. Deciding to change careers and having no idea if I would even success as a tattoo artist and then going on to work for several undesirable employers that many times would trigger me unwittingly. This ultimately led me to take the leap and open my own business just so I could work in peace. I can expound on this further if needed.

Thanks for sharing that. So, maybe next you can tell us a bit more about your work?
In addition to tattooing, I also do graphite portraiture and acrylic paintings. Art has always been my escape from the world around me. I’d say I tend to gravitate towards and am known for portraiture, realism and watercolor in all mediums. I’ve also been playing with a unique European style called Trash Polka that meshes several different styles. I’m usually most proud of my animal portraits. I think my customer service and attentiveness to my client’s needs set me apart as well as supporting the local community with various charity promotions over the years. IE: Operations Santa Paws, SPCA, LGBTQ/Pride, RPD, RFD, and local individuals/children with medical issues in the community.

Who else deserves credit in your story?
My husband Mark, as well as my mother and father in law who loaned me the money to start my business. They have definitely been some of my biggest supporters during all of the transitions and turmoil of changing careers. My Mom, who was in business management, has also been super supportive and incredibly helpful with advice on how to run a business and managing different nuances with customers and artists. Along with several of my friends from my previous career as a nurse. I would also be remiss if I didn’t mention Local Law Enforcement, EMS, RFD and the medical community who have supported and send me endless referrals. I suppose it was one of the perks of working in the ER, where I met many of them. 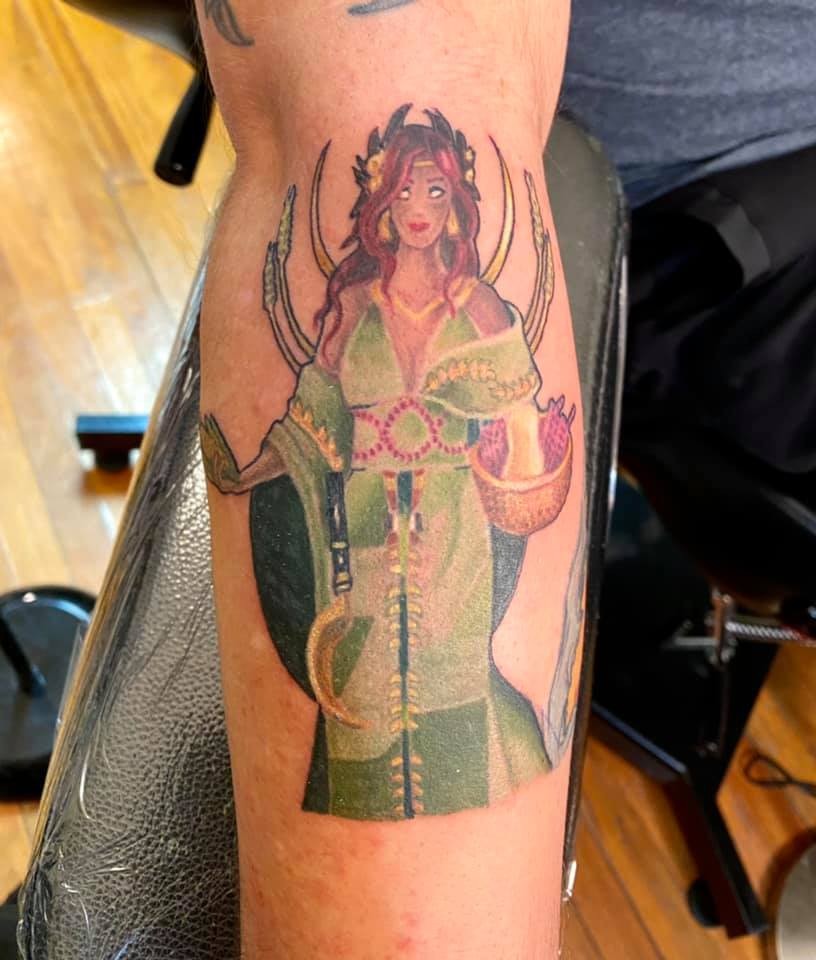 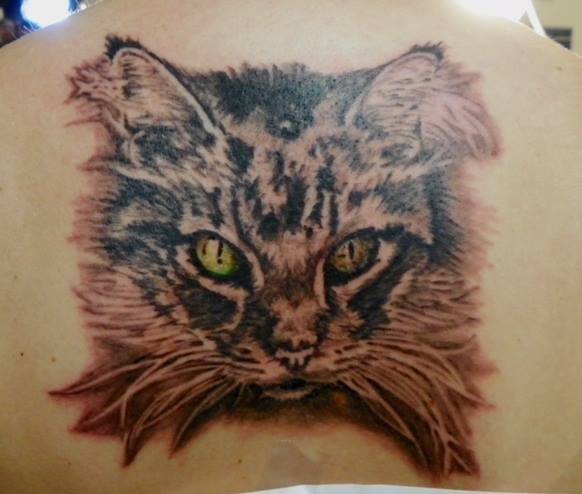 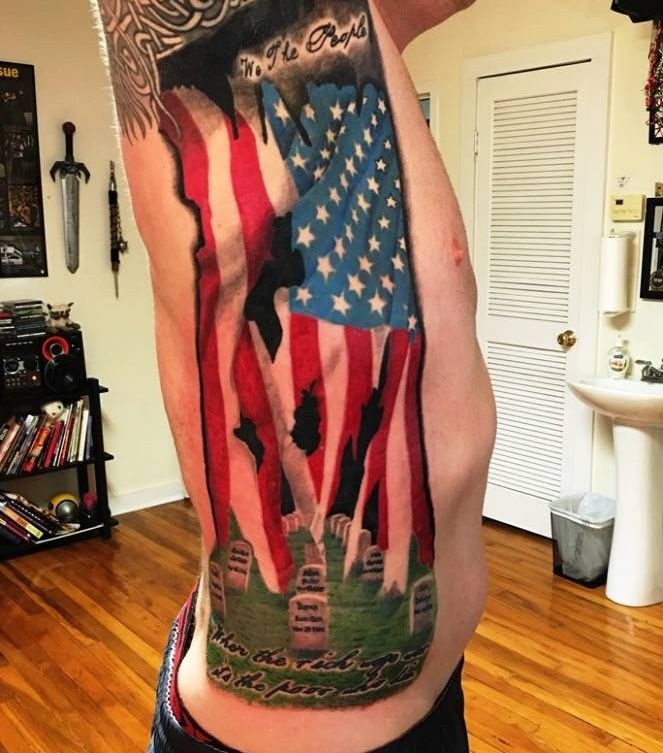 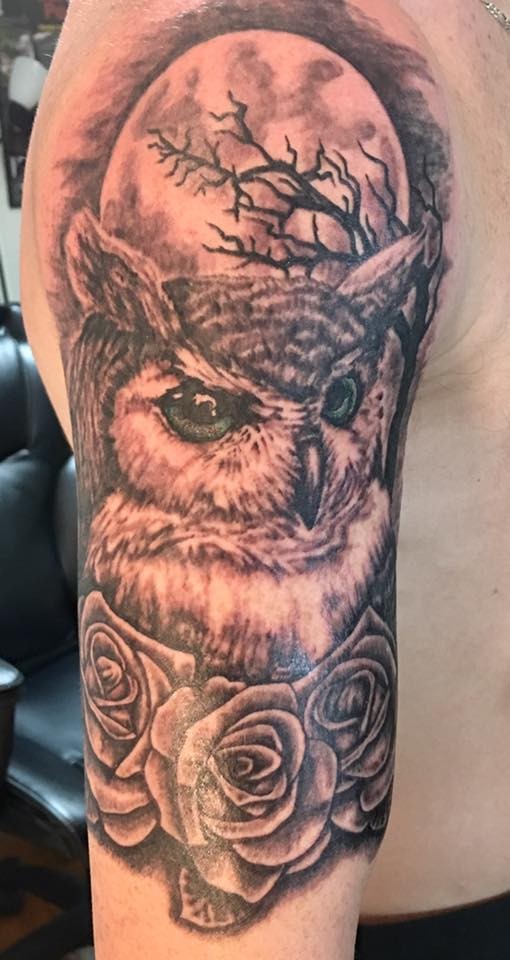 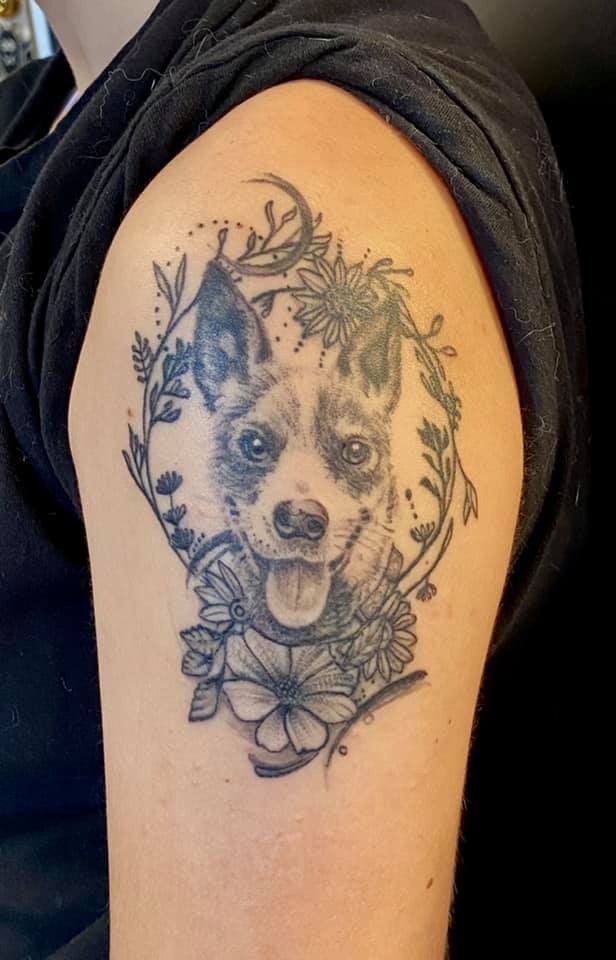 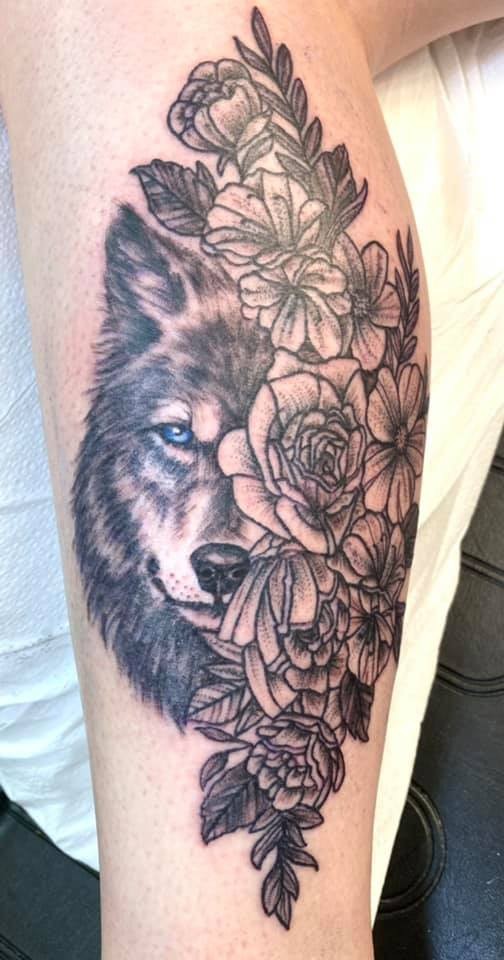 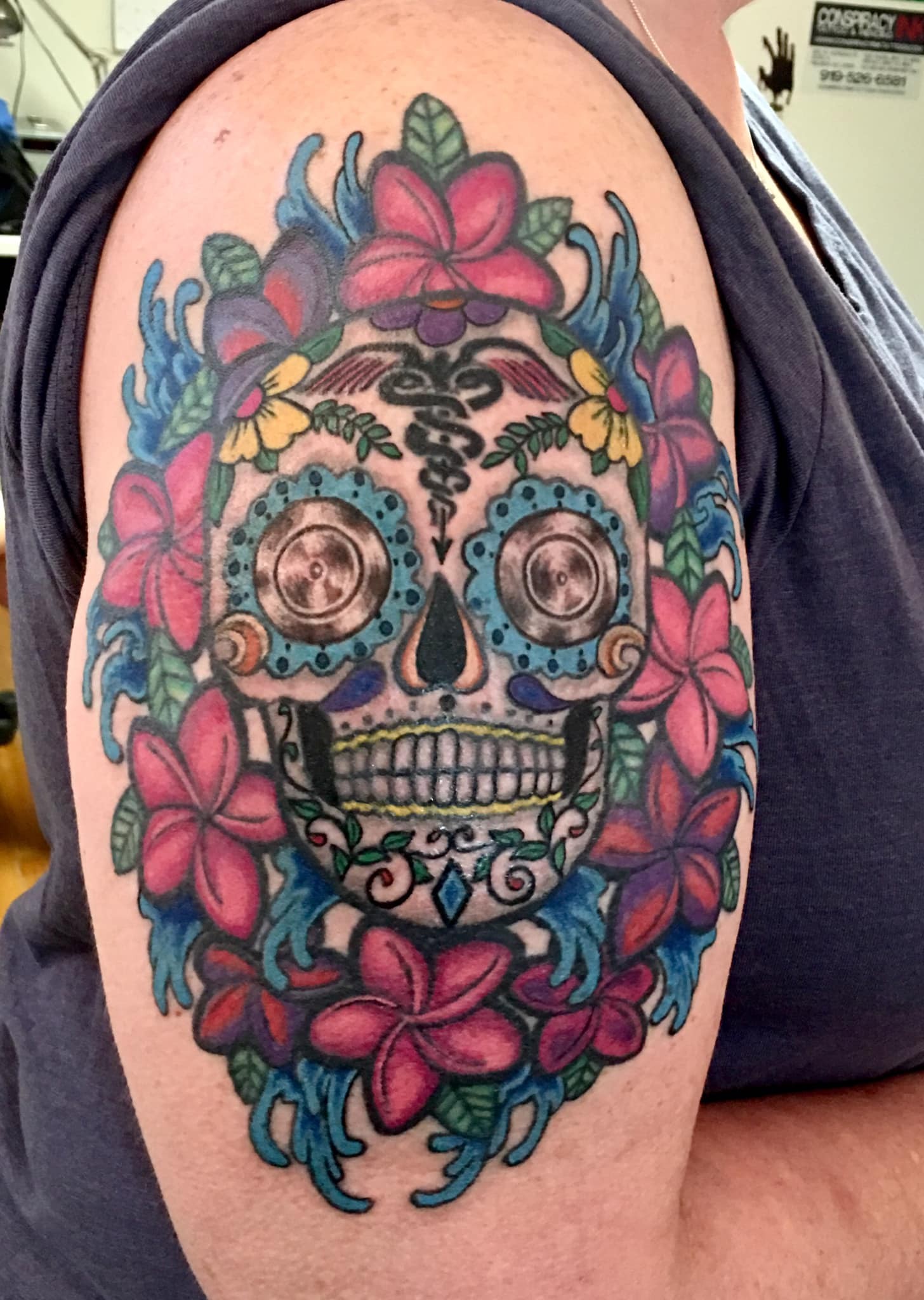 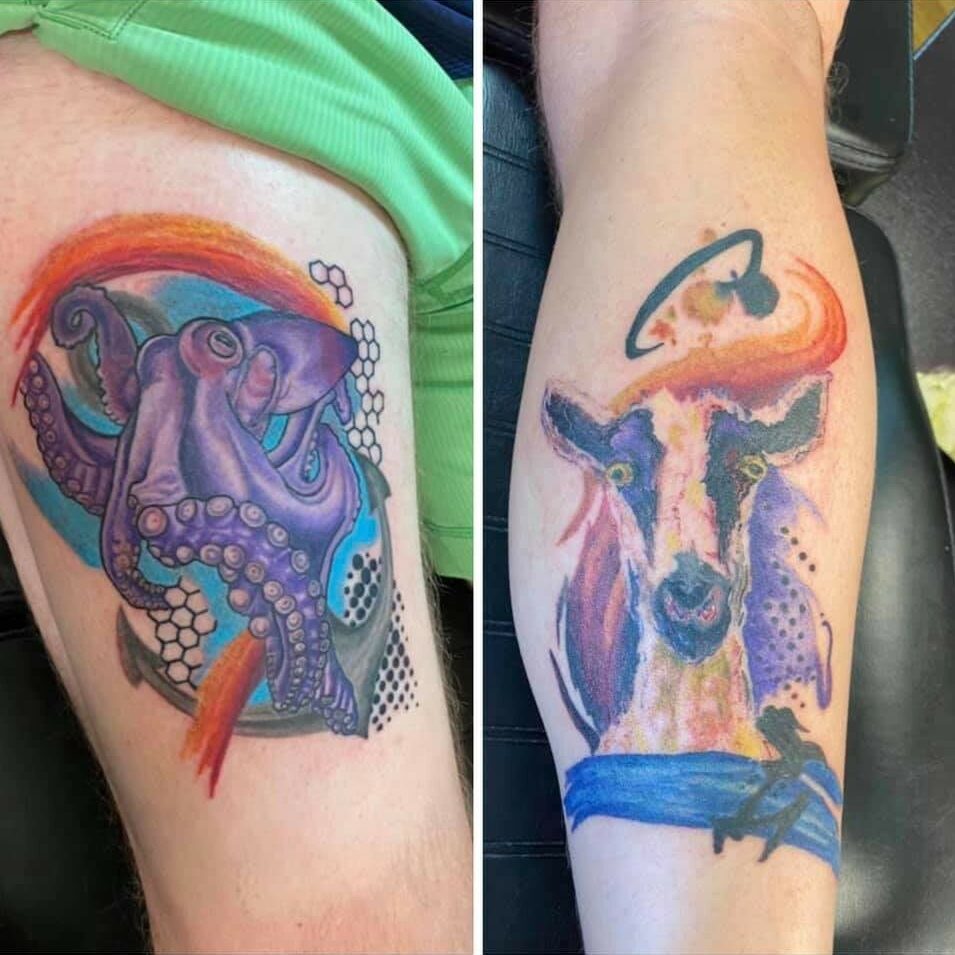