Today we’d like to introduce you to Josh & Alex Brackett.

We have been engaged in Muay Thai for over 20 years. Josh began competitive boxing and then Thai boxing in 2004 in Peoria, IL. Despite feeling intimidated when he first saw Muay Thai, he eventually came back to the gym and was hooked. Josh began fighting in 2007 and hasn’t looked back since. Alex was doing Tae Bo in a New York City gym in 1999 when she stumbled upon a Muay Thai class where people were hitting pads versus the air. After being taught how to correctly throw a punch, she fell in love and wanted to compete. She started competing in fighting in 2001. The couples’ paths eventually crossed in Peoria, IL, where they met at a Thai Boxing class. The rest is history. Both Alex and Josh have extensive competitive experience with amateur and professional athletes.

In 2017, Alex’s day job took us from Central IL to the Raleigh area in 2017. In Illinois, we had started and operated a very successful Muay Thai gym, Peoria Muay Thai (www.peoriamuaythai.com). We sold PMT when moving out East, knowing the diverse backgrounds of the Triangle would give us a greater opportunity to grow our sport.

Josh had been working since we moved here to re-establish himself in the combat sports community, quickly becoming well known as a top fighter and coach. He worked at multiple gyms, teaching private lessons out of our garage and slowly built up a client base. Muay Thai can be a tough sport to gain a following; everyone knows MMA and the UFC, but few understand that the stand-up striking is mostly based in Muay Thai or Kickboxing. There is a broader education we had to offer to show that the sport was accessible to all types of people, all walks of life, and of various abilities. At first, it was our neighbors, who curiously started seeing the new couple ‘beating each other up’ in their garage –controlled and consensually of course!

After moving here, we took our time, working to understand the different customer base, towns, and traffic patterns that would affect the location of our gym. In late 2018, we found the perfect space in Holly Springs’ industrial park. We finally opened in September 2019 and had tremendous growth in the first few months with people who were eager to receive top-tier instruction in Muay Thai. In December, we added a Kids Karate program, bring the incredibly talented Sensei Seth Adams to the gym. He was able to help us make 36 Chambers a true family affair.

36 Chambers quickly became known for providing the best Muay Thai training and instruction in the Triangle. And then COVID hit in March 2020. We immediately moved our classes online, established Facebook groups and ways to keep our members engaged. In mid-June, we moved our classes outside, in a park, all the time abiding by regulatory guidelines. When we finally were allowed to move back into the gym in September 2020, we had lost about 20% of our members. Having only been open for three months in 2019 and contracting our employees, we did not qualify for any of the economic recovery programs. Luckily, most of our members stayed with us, reminding each other that the pandemic will end and that they all needed to support us and our community if 36 Chambers was to ‘survive’. We feel incredibly blessed, as the majority of our friends who are [combat sports] gym owners have lost their businesses in the pandemic.

Today, we are back, operating at full capacity. Our kid’s program is slowly building up, and more and more people are coming back to in-person classes. We are again rebuilding our competitive team but already have an incredibly strong gym family and community we call ‘home’.

Alright, so let’s dig a little deeper into the story – has it been an easy path overall and if not, what were the challenges you’ve had to overcome?
Getting our loan through the Small Business Administration (SBA) was a nightmare and took so long! We never anticipated that.

COVID was a challenge for every small and micro business. We couldn’t adapt quickly enough, we couldn’t fulfill everyone’s needs and comfort levels. Thankfully, we had built up a strong community in a very short timeframe. We are so grateful for our members’ loyalty.

Can you tell our readers more about what you do and what you think sets you apart from others?
36 Chambers is truly a family affair! Not only do we have classes for the whole family, but this is truly a place where everyone belongs. It doesn’t matter if you want to try a different type of workout, are interested in learning self-defense, or want to compete professionally. We hear all the time from people who drop by, what a great and supportive atmosphere we have.

Muay Thai is the art of eight limbs. It is a style of kickboxing that employs western boxing (punches), kicks to anywhere on the body, knees, and elbows. It is a sport that originated in Thailand. We employ a very traditional style of Thai boxing and have worked to retain a large portion of the culture in the sport. While seemingly violent to the casual bystander, the sport is rooted in Buddhism and demands respect, introspection, and gratitude throughout training and fighting. What sets us apart is that we are able to teach our students about the traditional Thai elements and show how it applies not only to training but to everyday life. One example is when we talk about fights; wins and losses on your record are not as important as the number of fights you have. You should learn from every experience, not just from your wins. In Thailand, it is not unusual for a fighter to have 150-300 fights by the age of 22. Even if that fighter has 45 losses, they still have 105 wins and a ton of experience. You can’t control judges, or illness, injury, etc. Every fight is an opportunity for you to learn, which is a very simple but important lesson, not only in Thai boxing but also in life. Josh and I were married and honeymooned in Thailand and have taken several trips over to train and learn.

Do you have any advice for those just starting out?
Always start small. Make sure you can sustain if you are in the red for well over a year. Also, PAY YOURSELF 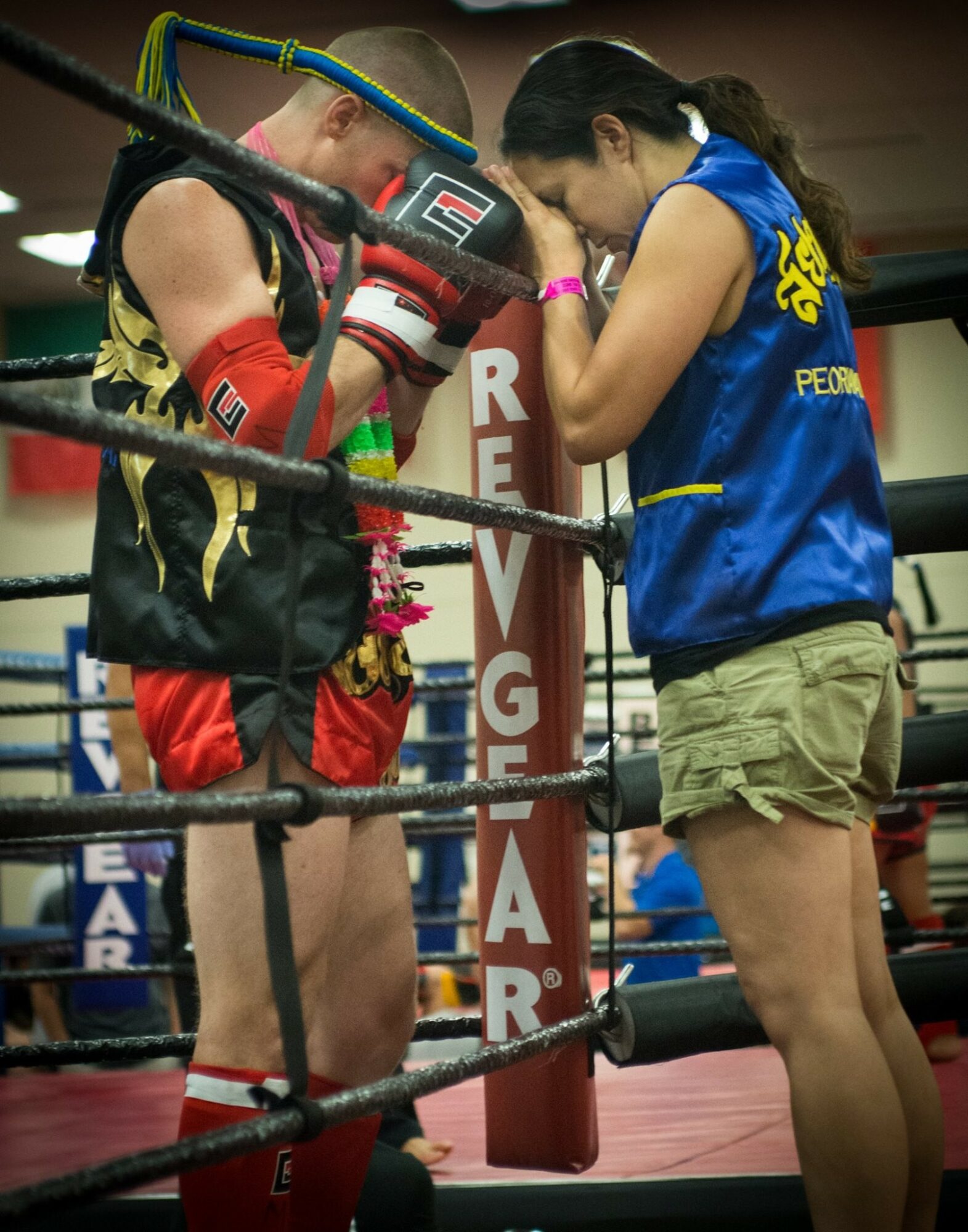 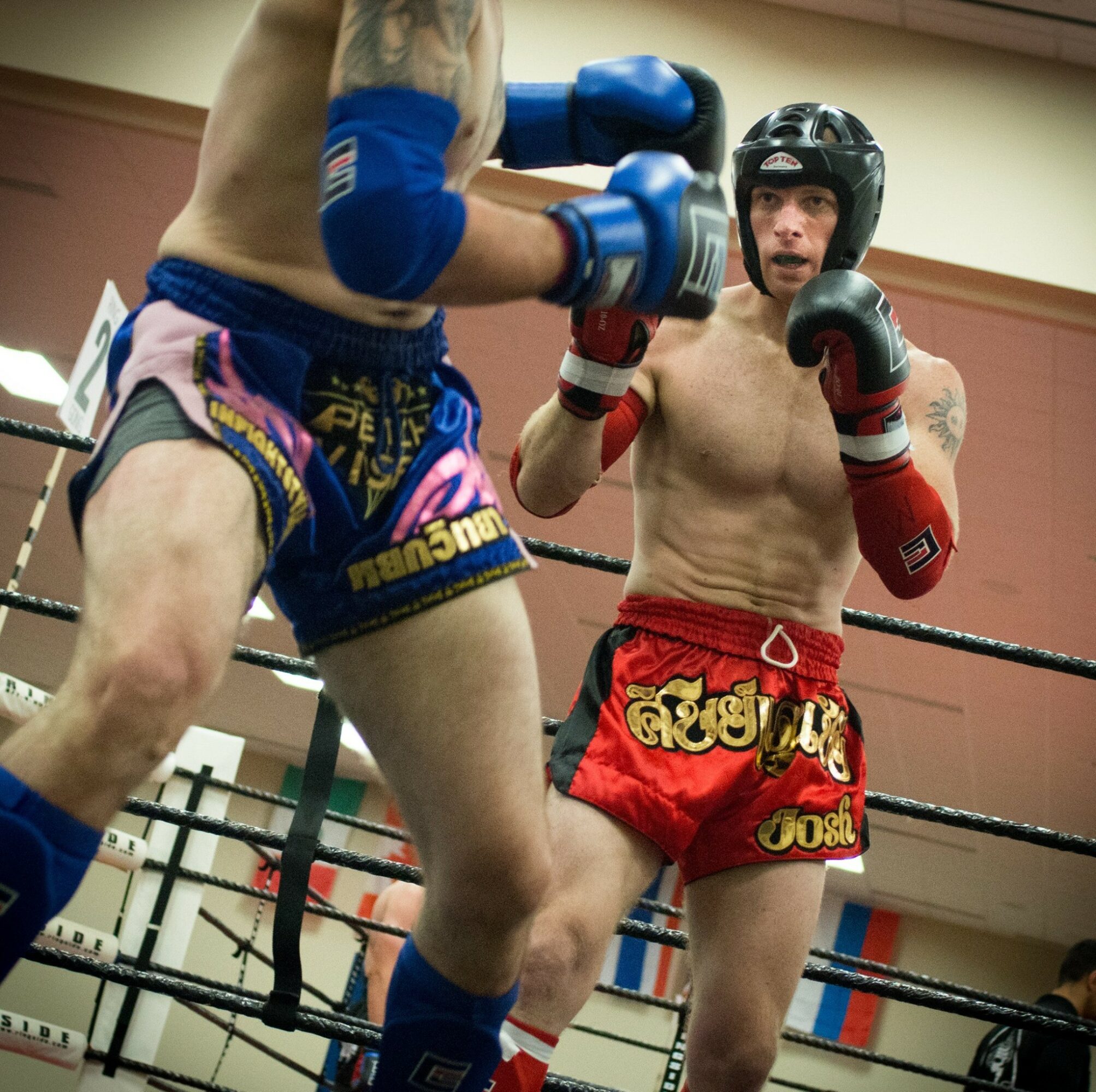 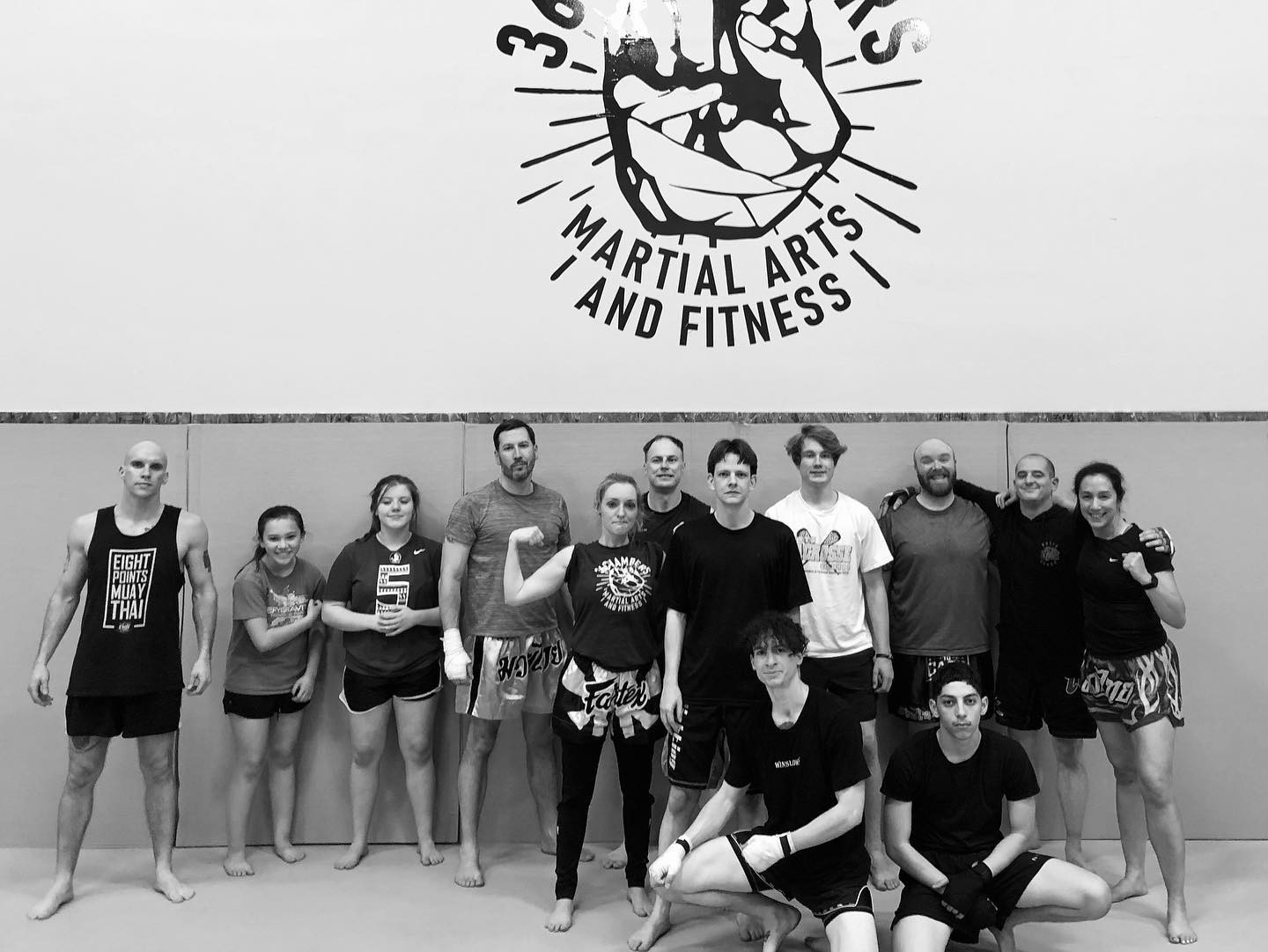 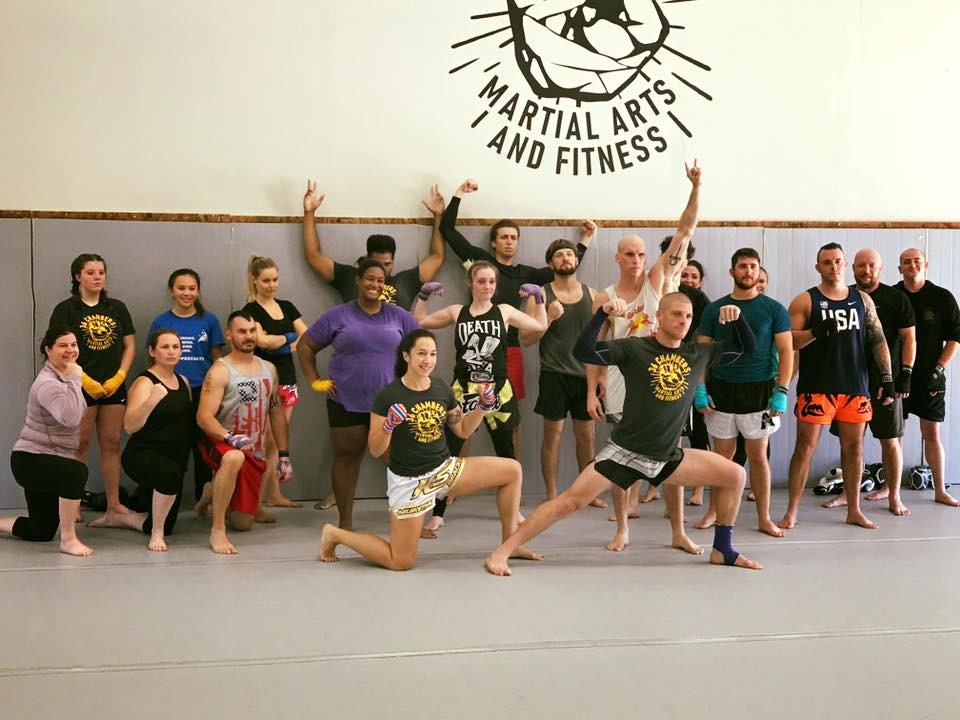 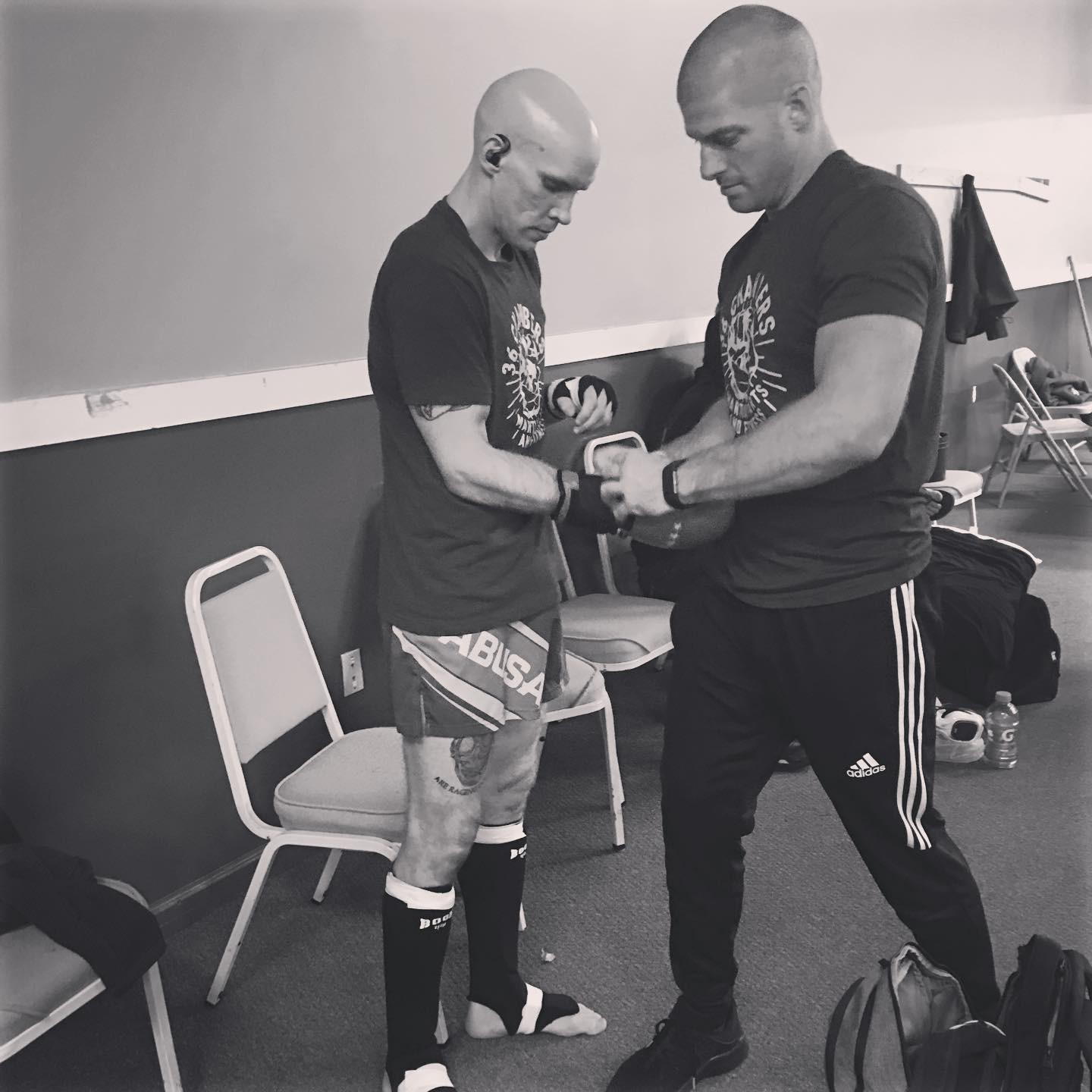 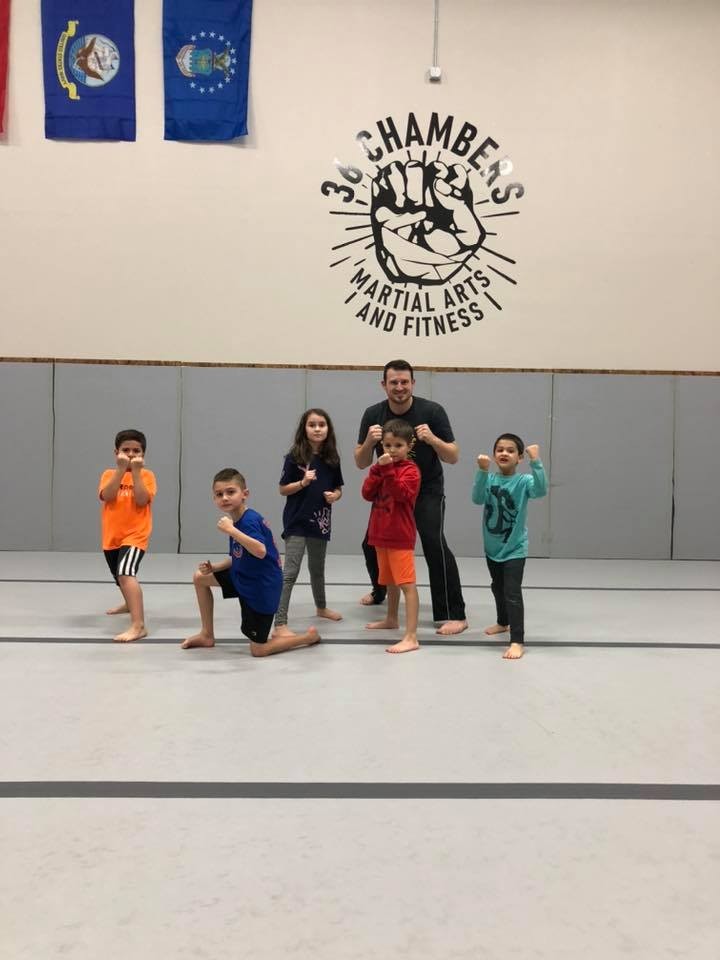 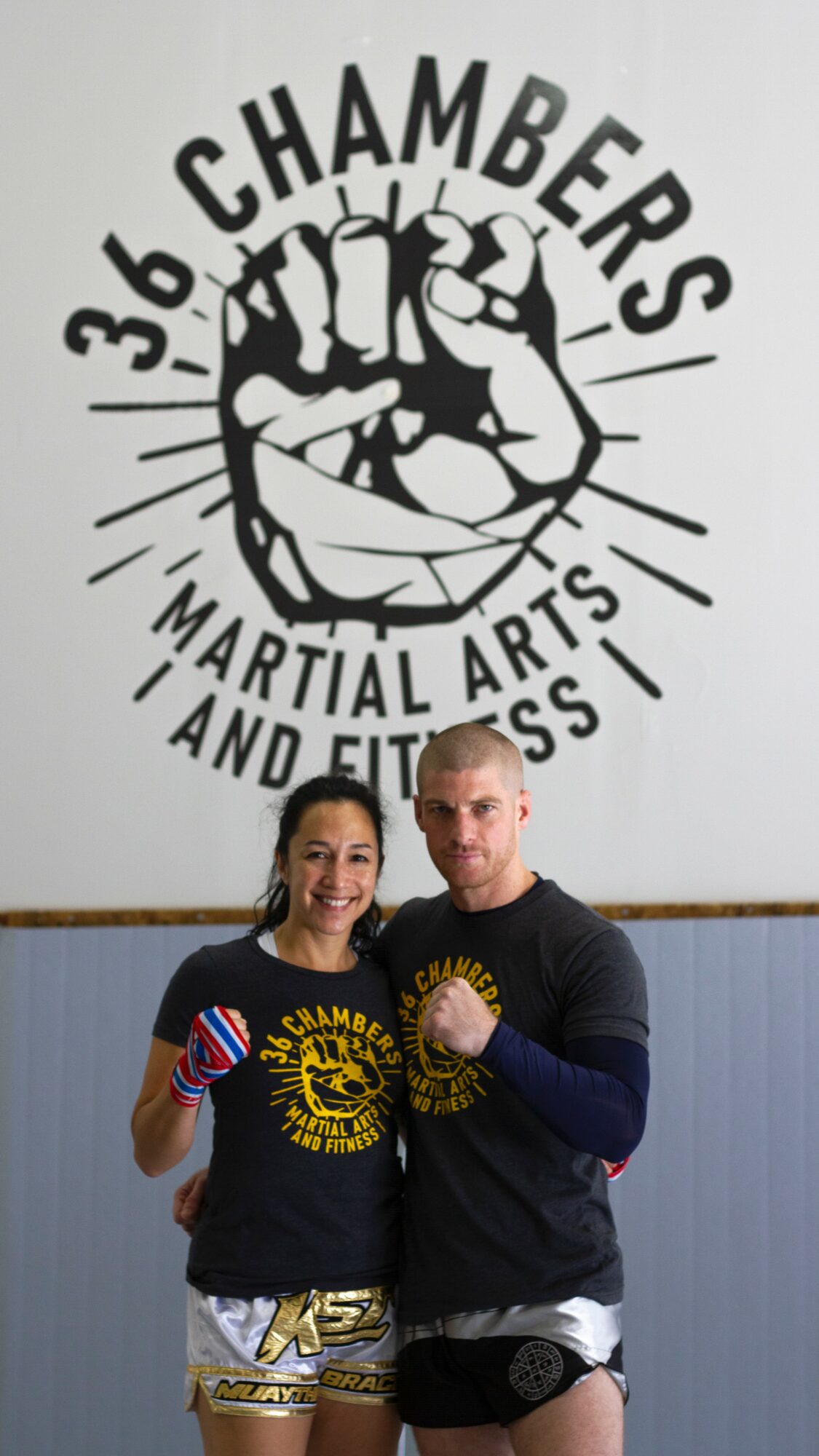 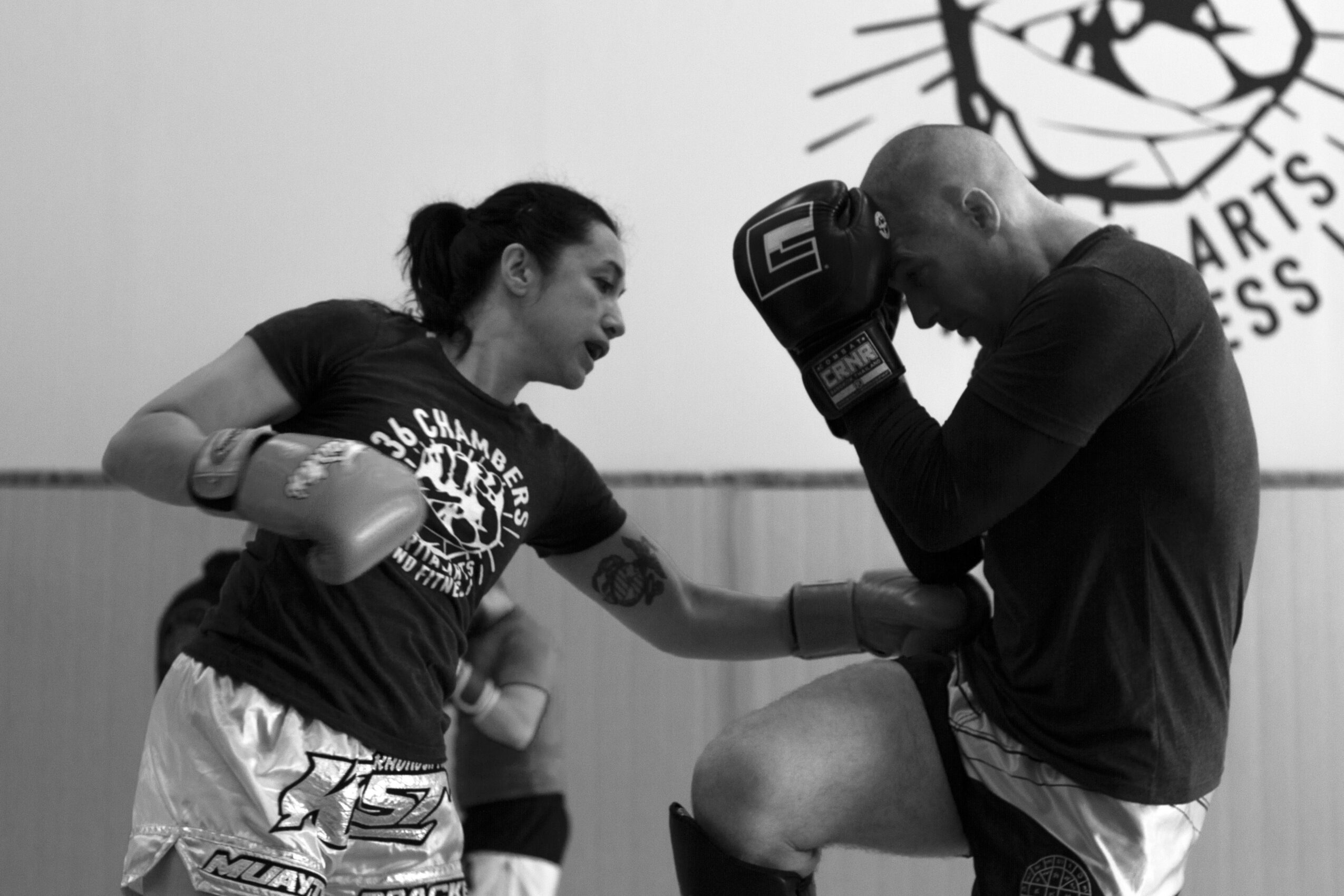