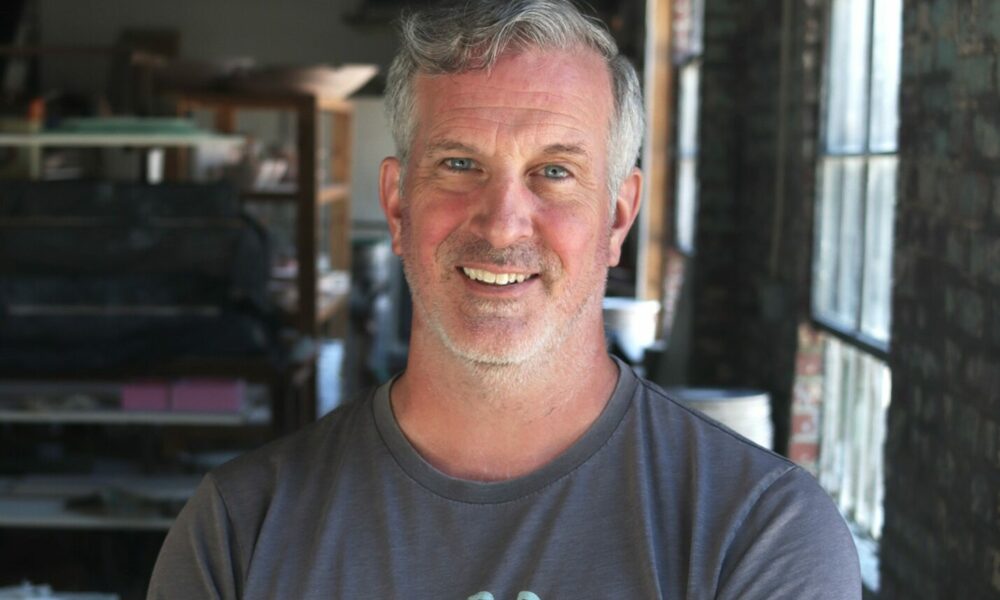 Today we’d like to introduce you to Hamilton Williams.

Hi Hamilton, can you start by introducing yourself? We’d love to learn more about how you got to where you are today.
Wandering a couple of blocks eastward from Downtown Morganton’s Courthouse Square will take you to one of the city’s hidden gems, the studio and gallery of local artist, Hamilton Williams. For nine years, Hamilton has been a part of the Downtown Morganton community, first as a business owner and later as a resident when he moved to a house just a block away from his shop. Though he spends most of his time quietly making pottery in his studio or greeting customers in his craft gallery, Hamilton can also be found around town; sipping coffee and doing a crossword at The Grind Cafe, enjoying time with friends at Brown Mountain Bottleworks, or attending Morganton Coffee Club at Little Guatemala.

“Though I moved to Burke County in ‘97, I did not really become part of Morganton until 2013 when I moved my pottery business from rural Valdese into Downtown Morganton. At that time, most of my business was wholesaling handmade pottery to shops and galleries across the Southeast, and I needed to expand my studio space to keep up with demand. Downtown Morganton was developing into a more vibrant community, and I wanted to be an early part of that growth,” says Hamilton. “With the help of family, I managed to purchase a building adjacent to Morganton City Hall that had a perfect space for a pottery studio. The original idea was simply to occupy the warehouse portion of the building and rent out the other two retail spaces to other businesses.” But as building renovations got underway in May of 2013, “the plan began to snowball, and before I knew it I was opening a full retail craft gallery in addition to expanding the studio. The gallery opened its doors in September of that year after a frenzy of work over the summer to get things ready.”

These days the gallery features the work of around 50-60 other artists from Burke County and Western North Carolina in addition to Hamiton’s own work. “As the idea for the gallery developed, I felt it was important to represent the variety of great artisan work available in the area. Over the years, I’ve noticed that visitors are drawn more to the locally-made pieces,” Hamilton points out, “perhaps because it’s unique work that they’ve not seen in other places.”

But Hamilton did not start out with a dream to become a potter. “I was always fascinated with buildings and construction, so I grew up thinking I would be an architect.” A few years into college, though, Hamilton took an elective ceramics course that would come to change his plans. “Clay is such a fascinating material to work with. It can be shaped in so many ways and, once fired, can remain impermeable for thousands of years. I was immediately enamored with the instant gratification of throwing on the wheel and the endless possibilities that can be realized in clay.” Thoughts of studying architecture were soon forgotten and after college, Hamilton set up his first studio in Hickory and got to work.

Though Hamilton’s parents and sister now have homes in the Morganton area, the family did not originate here. Hamilton was born in Columbia and grew up in the Lowcountry of South Carolina until the family moved to North Carolina. “Even when we lived closer to the coast, we spent a lot of time in Western North Carolina, mostly traveling up and down the Blue Ridge Parkway,” says Hamilton. “The mountains and foothills feel like home now as much as black-water rivers and Spanish moss did when I was a kid.”

Hamilton’s only child, James, began attending college at UNC-Asheville this Fall, studying environmental science. As a new empty-nester, Hamilton now spends more of his time renovating his house and getting out on area trails to hike and mountain bike as well as paddleboarding on local lakes and rivers. He is also a voracious reader and loves to cook when time allows.

Looking forward, Hamilton plans to streamline his current pottery production so that he can take on more ambitious projects in ceramics. “Looking through old notebooks and sketchbooks from college, most of the things I dreamt of making had little to do with pottery. I feel like it’s time to work my way into more architectural ceramics while I’m still young enough to manage it.”

I’m sure you wouldn’t say it’s been obstacle free, but so far would you say the journey has been a fairly smooth road?
The chief struggle that I have faced over the years is the tension between making the work and selling the work. I find marketing and selling my pieces to be just as much of a creative and satisfying endeavor as making the pottery itself, but both parts of the business require a significant amount of time and effort. As the business has grown, the tension between making and selling has only increased. I’ve come to understand that continued growth is constrained until I either streamline portions of my pottery production or delegate marketing and selling tasks to others. Most likely the solution is to do both.

Technical problems occasionally come up as well. A clay or glaze material may cease to be available and the replacement material may differ in its chemistry or purity. There have been times when I’ve had to throw out entire kiln-loads of finished work because some hitherto unknown issue arises and ruins the entire batch. It’s vexing and demoralizing, but also an opportunity to grow as a craftsman. Each time I’ve encountered a problem, it has only served to expand my knowledge and force me to learn new skills.

Thanks – so what else should our readers know about your work and what you’re currently focused on?
When I began my work many years ago, my intention was to create a wide array of ceramic items ranging from pottery to tile to sculpture. For me, wheel-thrown pottery was the easy entry point to making a living with clay, but as my career grew, I became more and more known exclusively for pottery work. Over the years, I’ve specialized in functional stoneware pottery using reduction glazes (i.e. glazes that need to mature in the absence of oxygen). Regionally, I am known for my lines of tableware in a lovely satin white finish as well as my collections of work that feature hand-carved nautilus designs and patterns of perforations.

I am at a point in my career where I wish to pursue some of the other aspects of ceramics that I left behind in favor of pottery. But truth be told, what gives me the greatest pleasure from my work is that others appreciate the beauty and utility of my pieces and are happy to include some of those pieces in their daily lives.

Can you talk to us a bit about happiness and what makes you happy?
One of the things that make me happiest about my work is that there are endless opportunities to explore and learn.

I am most content when I am in the studio simply working with clay and playing around with new designs or continuing to refine existing ones. There is joy in seeing cold clay come to life in one’s hands. I will never tire of it. 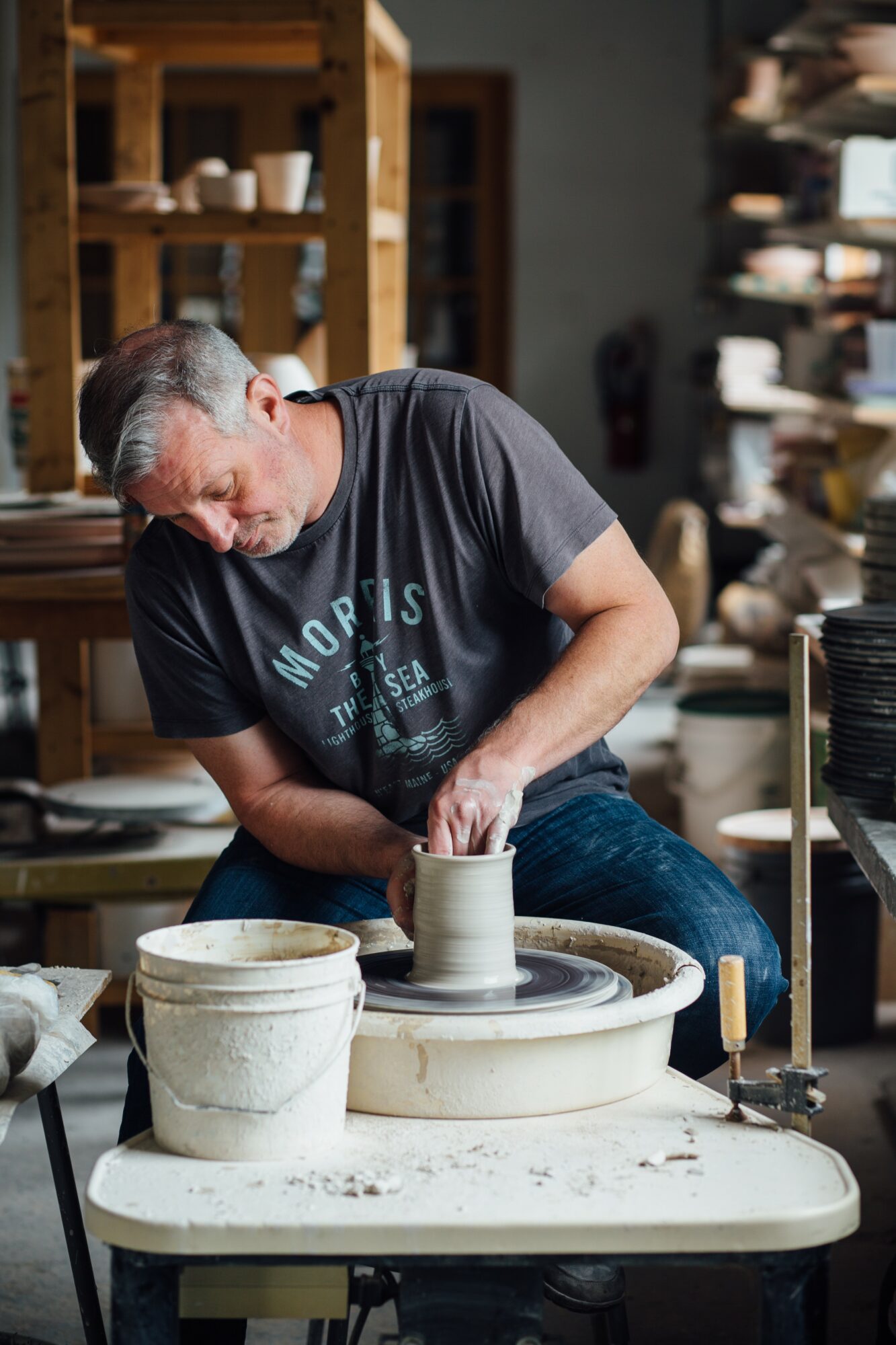 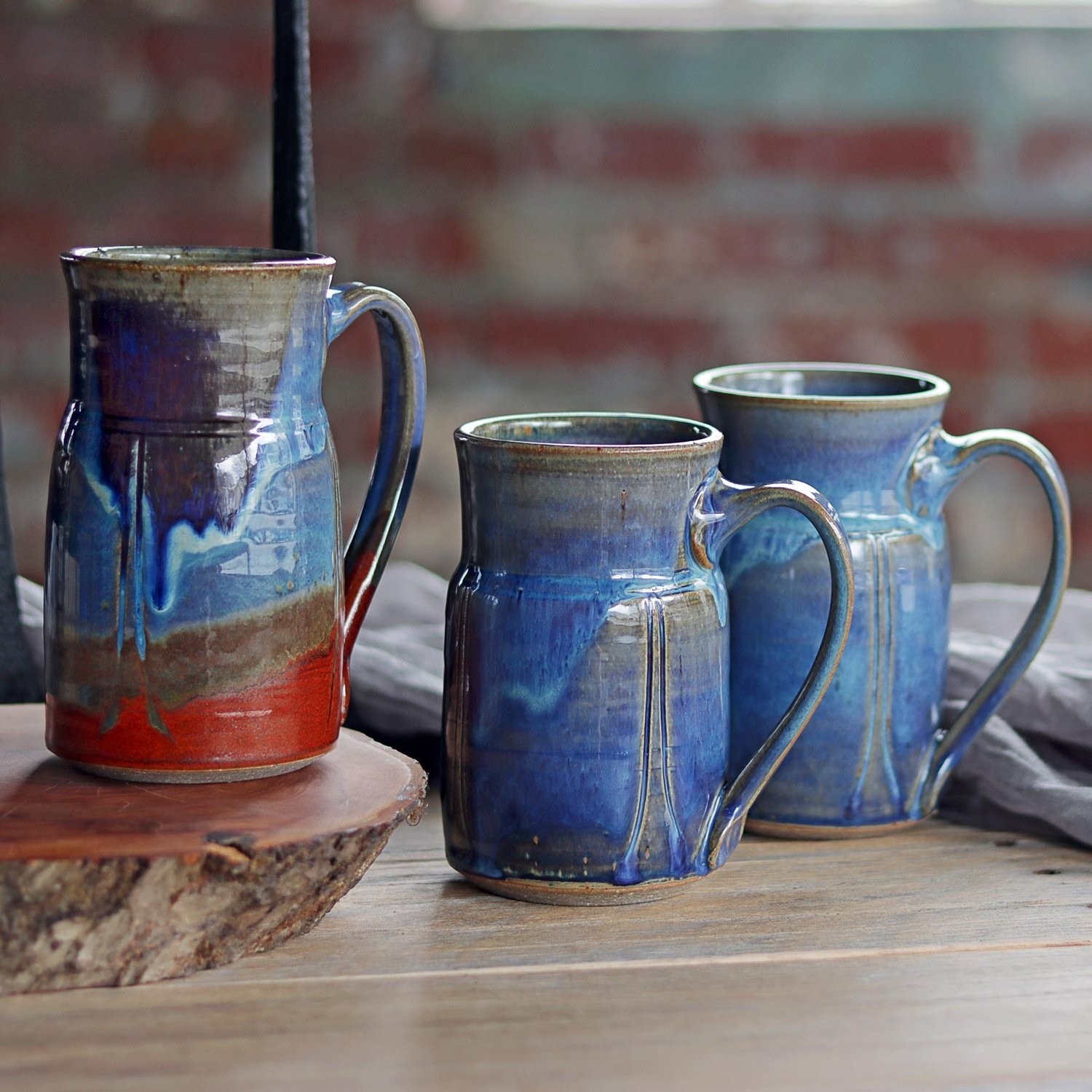 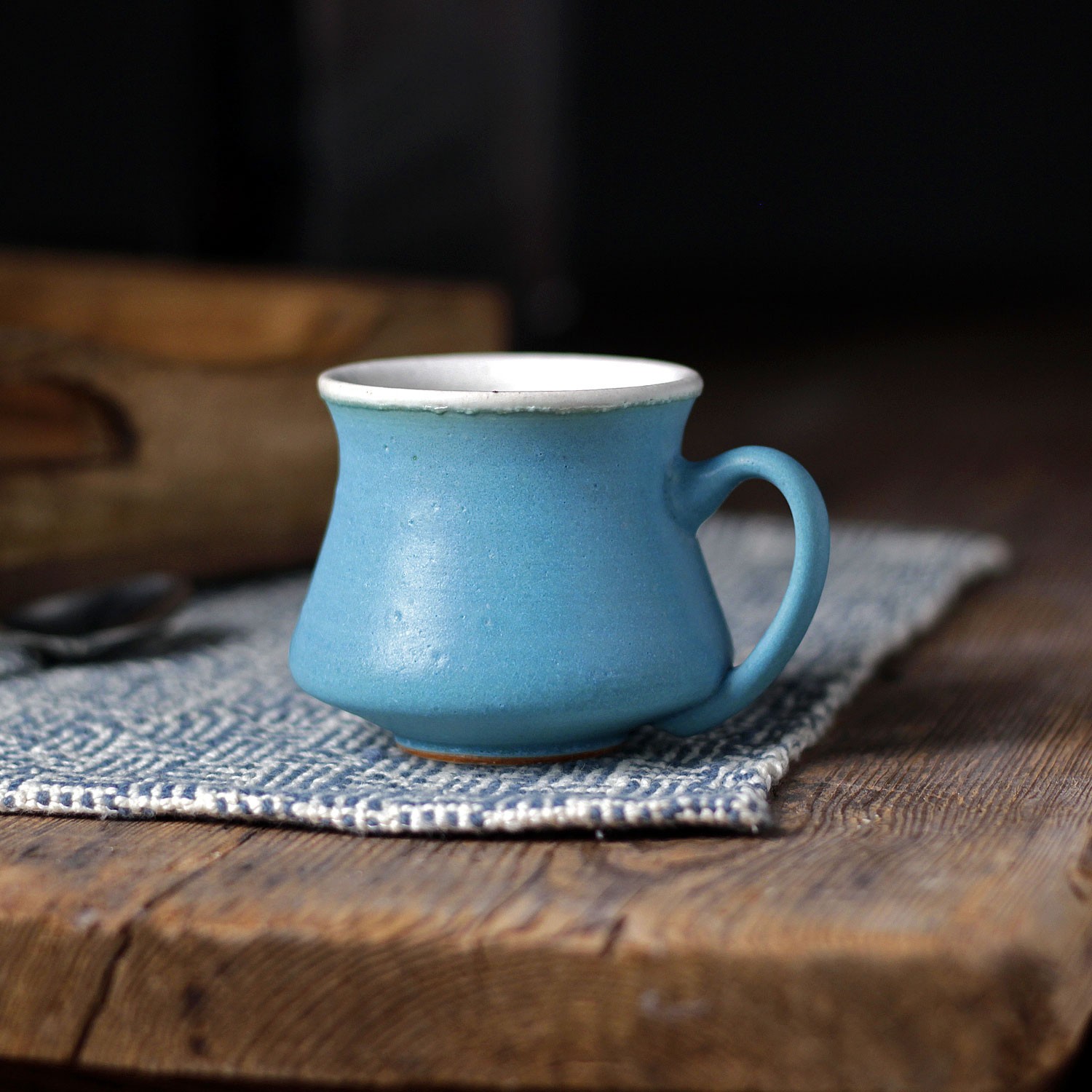 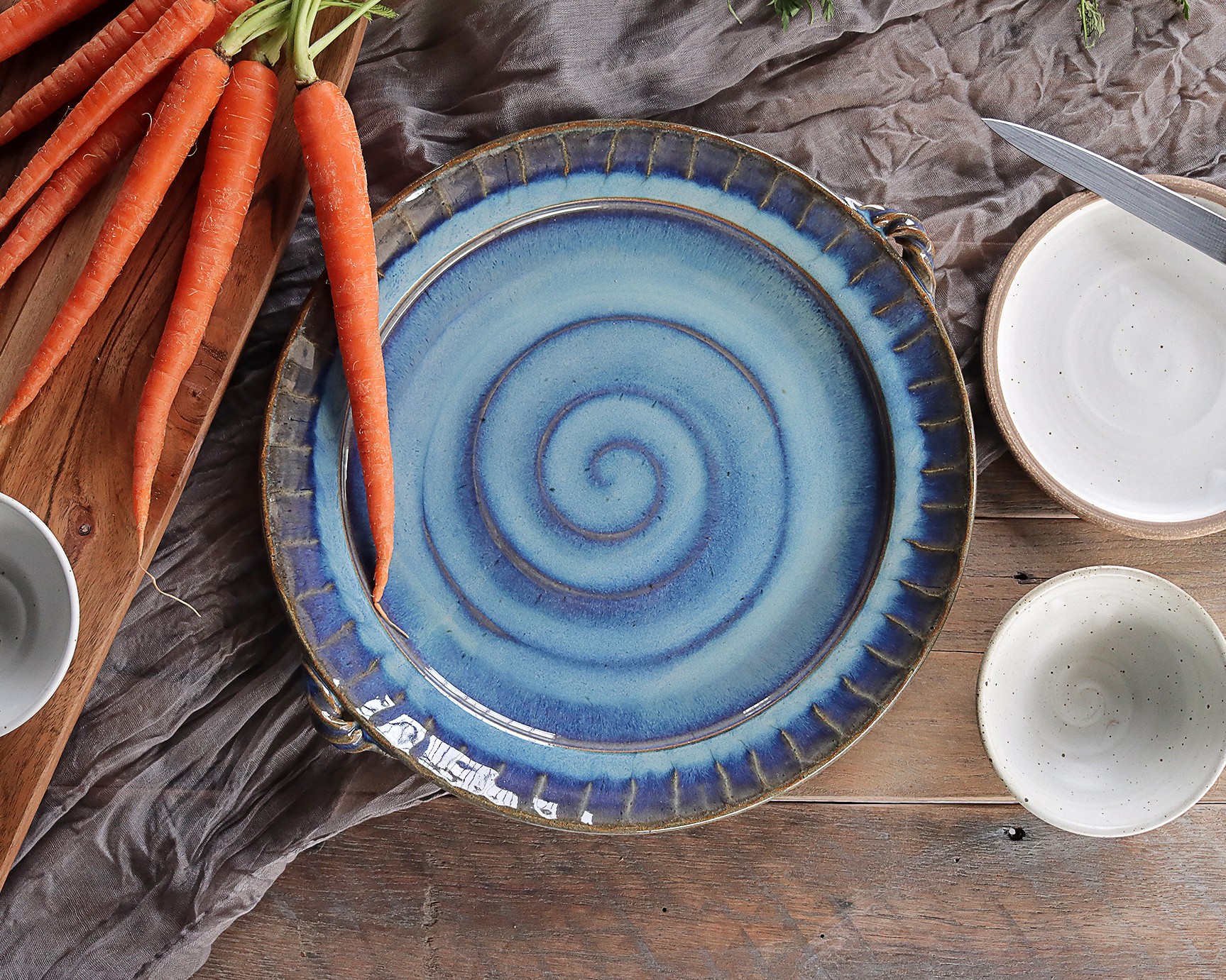 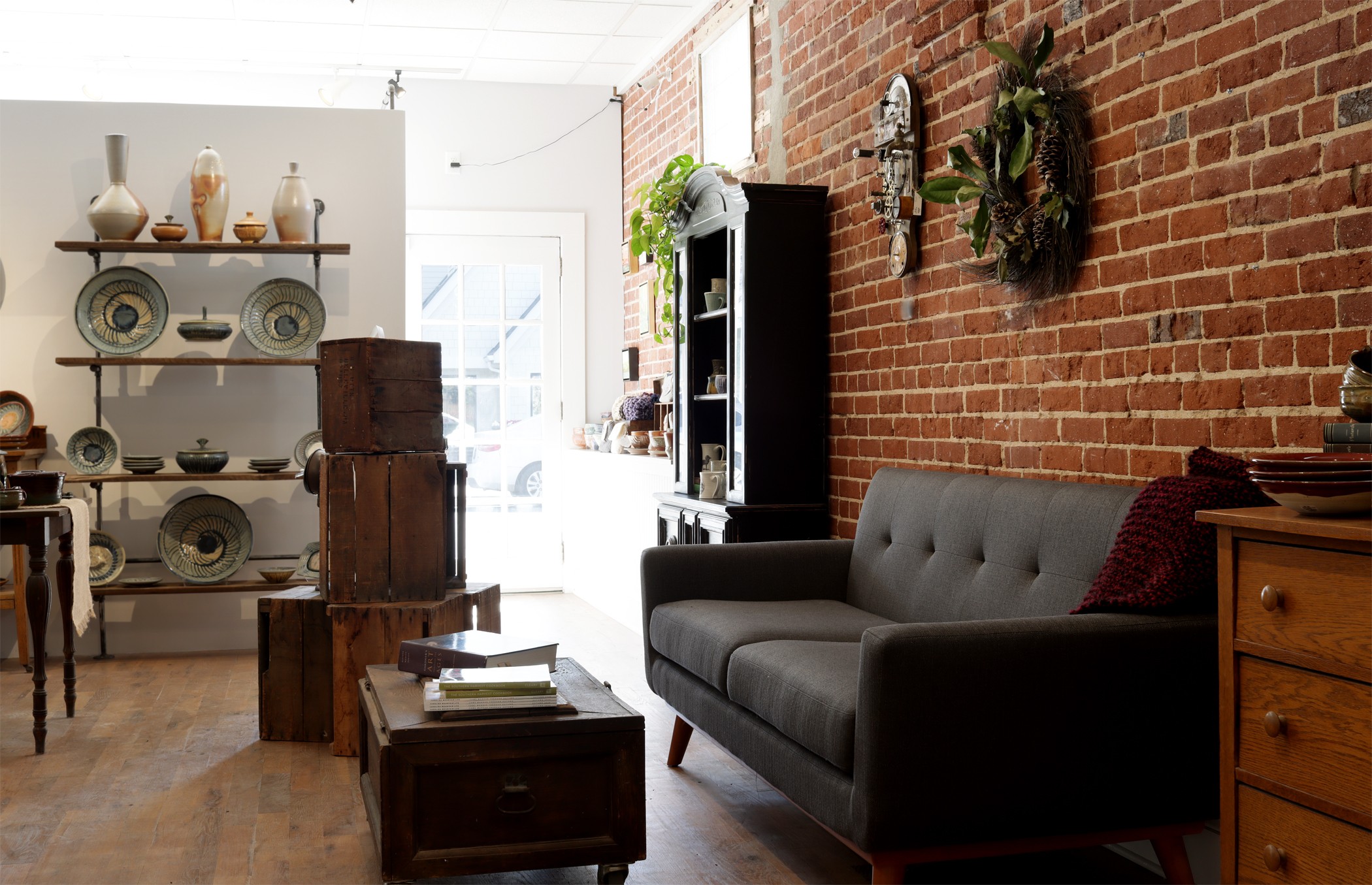 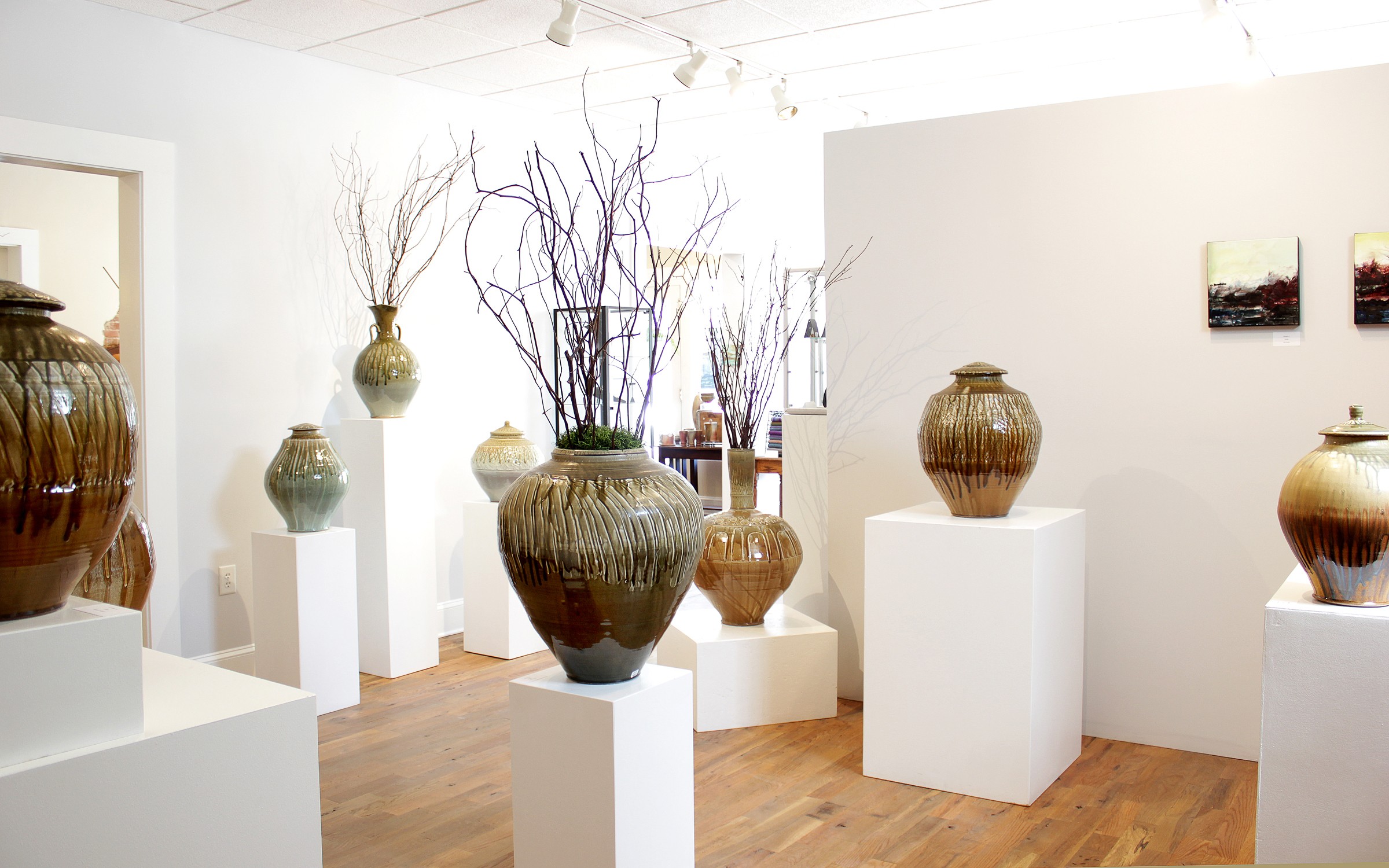 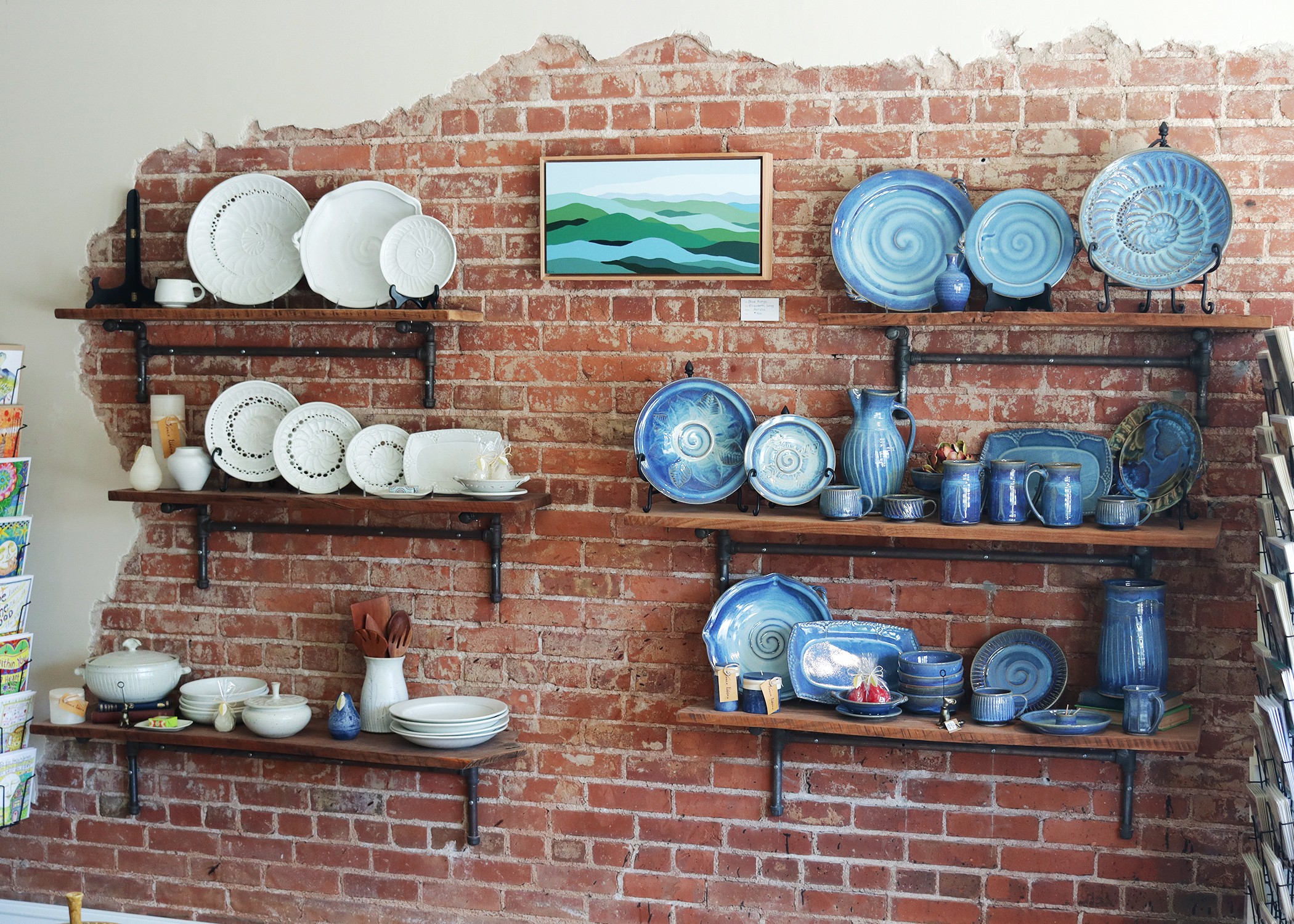 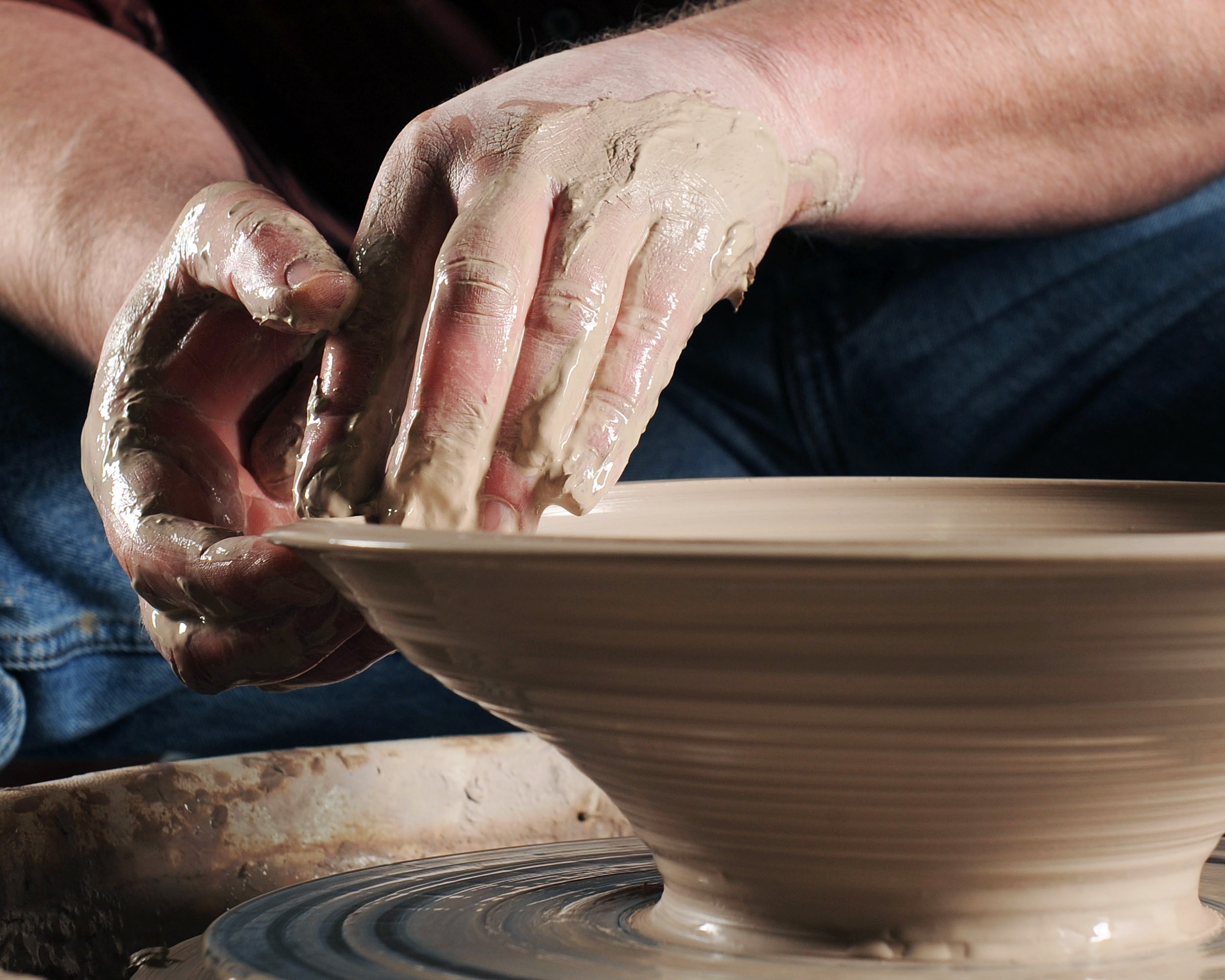 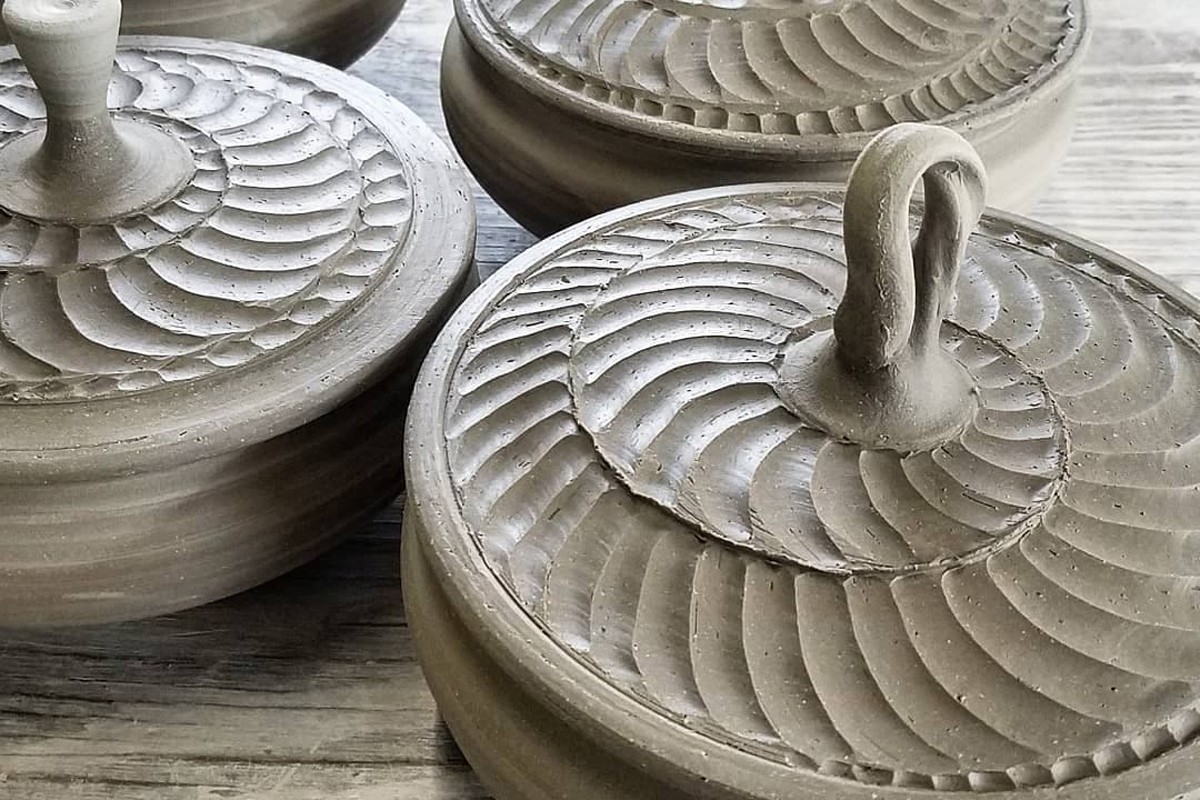 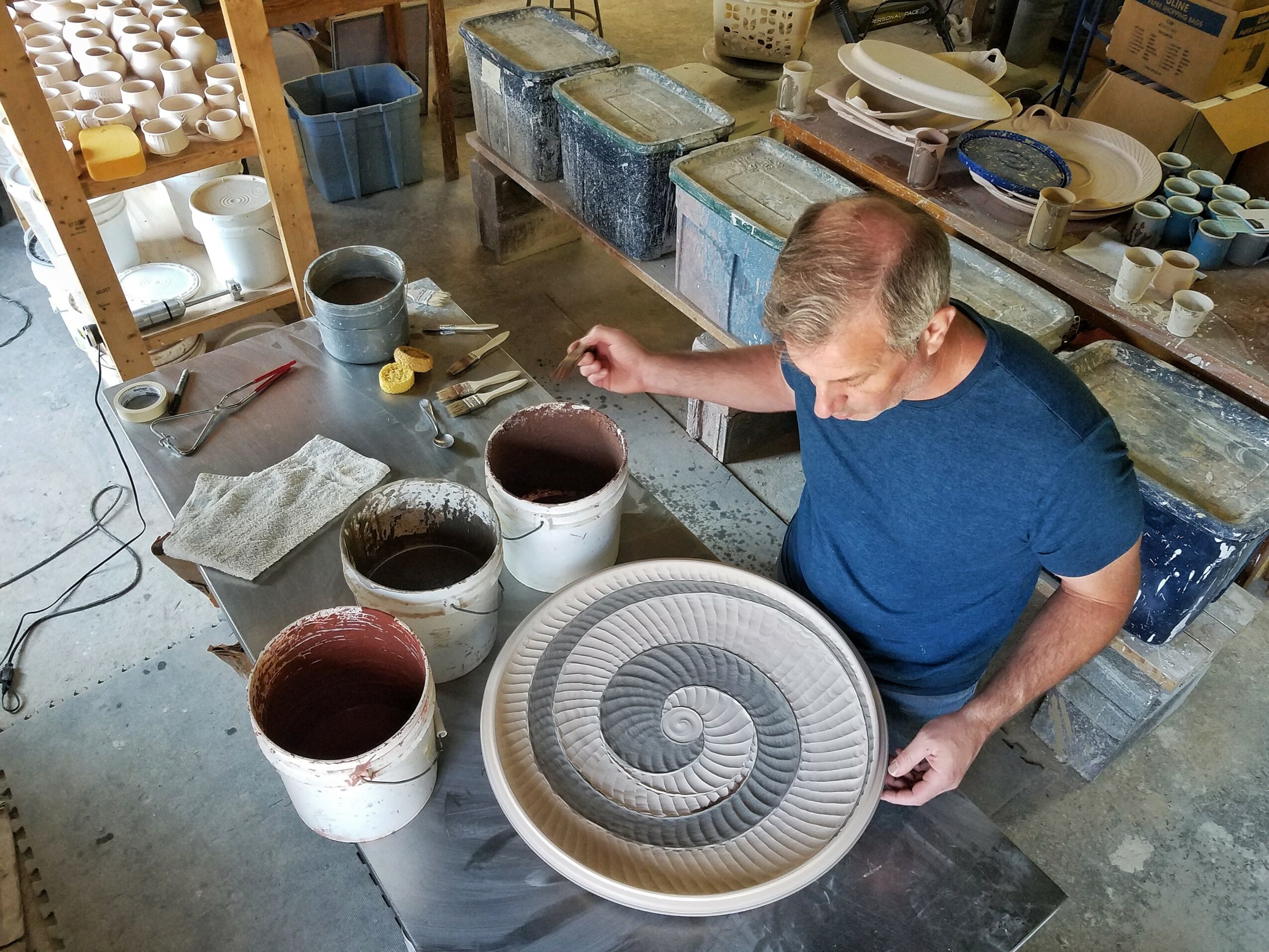