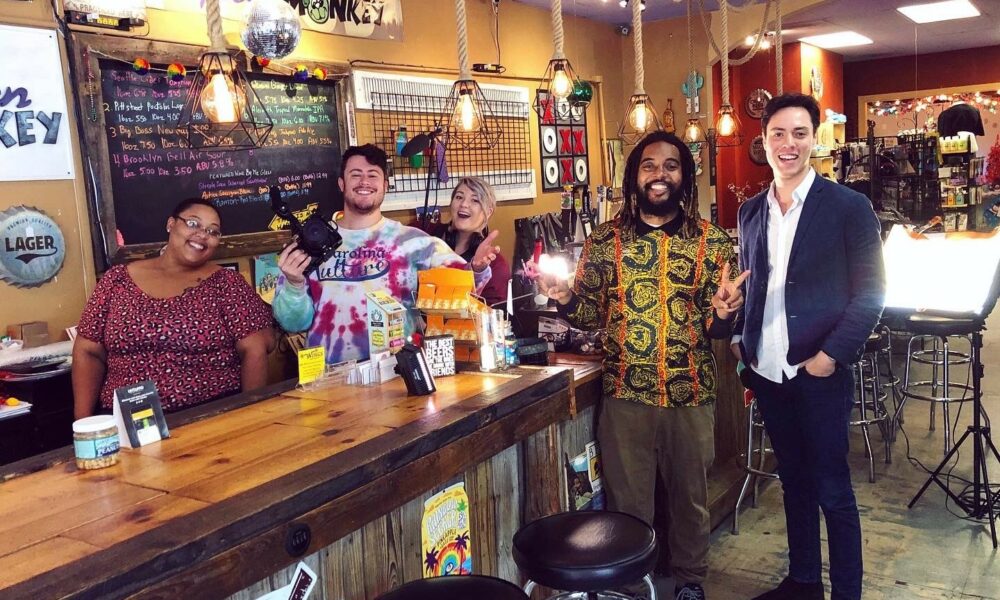 Today we’d like to introduce you to Evan Kidd.

Hi Evan, so excited to have you with us today. What can you tell us about your story?
I’m an independent filmmaker and storyteller born and raised here in Raleigh. I love connecting with my local community across the Triangle to find ways to tell stories and share messages of empathy, compassion, and understanding through my filmmaking.

I’ve picked up the family VHS camera since I was four years old and I’ve been experimenting and making art for creativity’s sake since. Both in documentary and narrative-based productions. I dabble in YouTube as well for more silly and even experimental content.

I don’t care about budgets or money. I’m not interested in the Hollywood way of filmmaking. I just want to make stuff now where I am with the resources I have. So long as I am telling a story that connects with one person out there that’s what matters.

Especially, if I am doing it here in North Carolina! That gives me joy.

Would you say it’s been a smooth road, and if not what are some of the biggest challenges you’ve faced along the way?
It’s always hard to make something from nothing as an independent artist.

Not having a budget… ever. It’s just a constant for me. However, I maintain that if you feel called to a story or perspective you should share it. You can always scale down an idea to use your existing community and resources.

We have cell phones in our pockets that can create a stellar image so use the camera you already have if you want to make a film! I want to watch it!

Appreciate you sharing that. What else should we know about what you do?
I’m so proud of the art we have created here in North Carolina with the talented folks who are here. It’s awesome to create a film outside of Hollywood because so many say it can’t be done but it actually can be done and so many are doing it.

I love brainstorming and collaborating with other artists here in the Triangle on my films too. They are so talented. My latest feature film Panda Bear was a passion project and my friend Kamus Leonardo that we created told a story of a rapper going through grief and dealing with a mental health crisis.

It’s a vulnerable story that we needed to tell. Kamus is also a rapper so he lent his musical talents to the film and we made something super dope and meaningful to us both. It’s available on Amazon Video and Tubi if you want to check it out.

Is there anything else you’d like to share with our readers?
If you want to make a film right now here in the Triangle area let’s make it happen. You can do it!