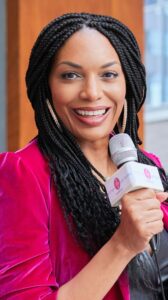 Today we’d like to introduce you to Camille Kauer.

Hi Camille, it’s an honor to have you on the platform. Thanks for taking the time to share your story with us – to start maybe you can share some of your backstories with our readers?

I was raised partially in Europe, where I grew up idolizing American films and TV shows. When I moved to America as a teen, I was quickly drawn to entertainment and the beauty industry.

My mom had her black belt in Shotokan, she became a stunt woman in many TV shows and films and my dad was a movie producer and assistant director, between them both I was able to study the best in the business.

I was always so inspired by my parents,  my mother, Olivia Gatewood, is a renowned artist whose work was part of The Oprah Show, The Parent ‘Hood TV shows, and New Jack City film. My father, an award-winning film producer, Dwight Williams, has produced numerous critically acclaimed films, New Jack City, Jason’s Lyric, Girl’s Trip, and many more.

Still, in my 20s, I left my job with MAC Cosmetics at Crabtree Valley Mall to become an independent makeup artist and worked on several commercials, films, and concerts. In 2005, I returned to Los Angeles and immediately went to work on the set of, Something New, starring Sanaa Lathan as her stand-in. I missed the beauty industry and returned to working as a spa director and skincare specialist at some of the top spas in Los Angeles, I built up a solid network and client list in Los Angeles, consisting of Hollywood’s “Who’s who?”

In 2007, I moved back to NC with my husband and was the Spa director until I took maternity leave and decided to become a stay-at-home mom. After a few years home with my daughter, I returned to modeling and acting when my agent from Directions USA, reached out and even offered my daughter a contract as well. I signed with them in my early 20’s after co-starring in Wilmington filmed, Dawson’s Creek.

Since returning to NC, I’ve worked on over 100 commercials and print jobs with Directions all over the Southeast. My favorite jobs are the ones I get to work with my real family at Omni Grove Park Inn. When jobs slowed down due to HB2 and then the pandemic, I needed another way to stay busy and keep in contact with the entertainment community. I started my video podcast “The E-Spot with Camille” on March 25, 2020.

I’ve been honored to have actors, directors, casting agents, and film stylists from all over as guests. Each season has been an opportunity to learn more about the industry and my other loves beauty and interior design.

I’m sure you wouldn’t say it’s been obstacle-free, but so far would you say the journey has been a fairly smooth road?

Not even close, every time I was thinking things were finally going my way a new obstacle would fall on my lap

I’ve learned that with each new challenge, I learn more about what I want to do and how I want to do it. I love that I’ve become so resilient, learned more skills, and have created boundaries now to avoid the most common red flags in my business, people with no budget or bad intentions.

As a dyslexic with ADHD, I still make the occasional goofs and I am so grateful that I have never given up. I hope to be an inspiration to other dyslexics that being an on-air personality is possible.

Thanks for sharing that. So, maybe next you can tell us a bit more about your work?

Frustrated with not being able to work on set, I began to think of ways to bring Hollywood and my community together.  When a publicist reached out asking if I knew of any podcasts, since all in-studio interviews were canceled due to the pandemic, I replied “give me two weeks.”

Twelve days later on March 25th, 2020, I started hosting my show from my home studio with my daughter’s x-box headset. I had just won Cary Magazine’s Best On-Air Radio Personality, so it was a perfect time to move my audience from radio to social media. Since pivoting, I’ve won, 3rd place in best Podcast WRAL’s Voter’s Choice award in 2021, and was honored to receive Cary Magazine’s Movers and Shaker’s award 2021, and I have been featured on Spectrum News for my podcast with George Floyd’s family.

I’ve also moderated events catered around mending the racial divide with Black Jewish Entertainment Alliance (BJEA) based in LA, and Dallas Market’s Design Week, where I moderated BIPOC (Black Indigenous People of Color)  designers from The Kaleidoscope Project about their experience being BIPOC in Design. I have also quickly risen in the ranks in podcasting with over 200 interviews and as a speaker.

My class ‘Podcast Like An Actor” was one of the most attended classes at Podfest, which won a Guinness Book world record for the largest virtual podcast event two years in a row. I’ve enjoyed being able to use my podcast, to speak about Social Justice issues, Gender inequality, and mental health and inspiring more to use their platform to do the same as a speaker at podcasting events.

In true ADHD fashion, I also work as an entertainment and Beauty, contributor for The Connect Network Talk Show, aired on The CW in Austin, TX, co-host the podcast, Grateful Goddesses, based in Chicago, IL, serving as Vice-President of Digital/Print for the local chapter of NABJ, and is on the Advisory Board for Digital Marketing at George Washington University Business School.

Risk-taking is a topic that people have widely differing views on – we’d love to hear your thoughts.

I wish I was a bigger risk-taker when I was younger. It took me years to finally get the courage to host a show by myself. I auditioned in my 20s for MTV’s VJ, but I gave up way too soon.

I made it to the top ten and was told I wasn’t eligible once they discovered I was in the union, SAG-Aftra. I didn’t know then, but most legit jobs in media prefer union. I think everything happens for a reason.

I am so grateful to my audience and guests, they all took a chance on me by supporting my show. Not to mention my family for giving me the space to pursue my dream and travel all over to conduct interviews. 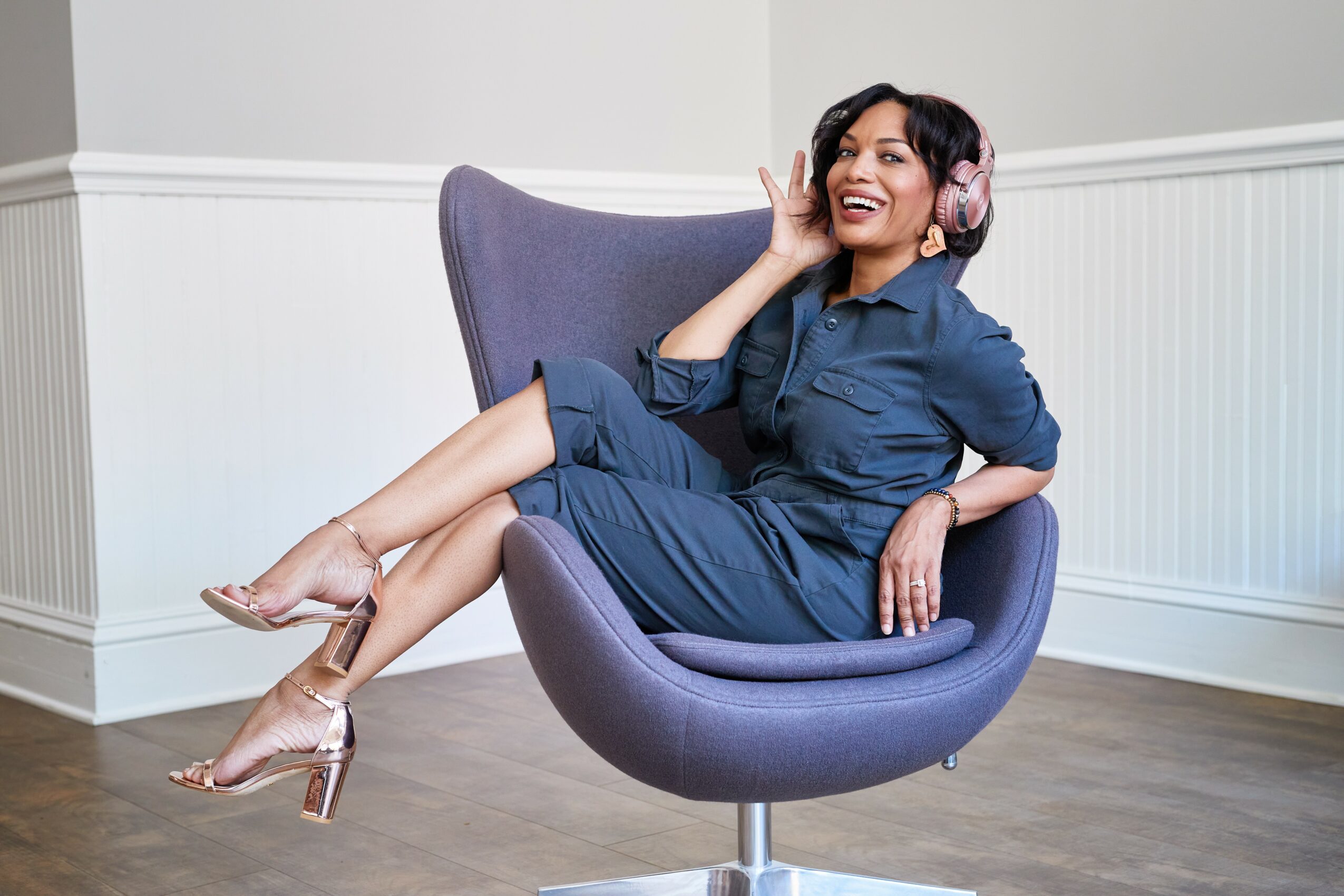 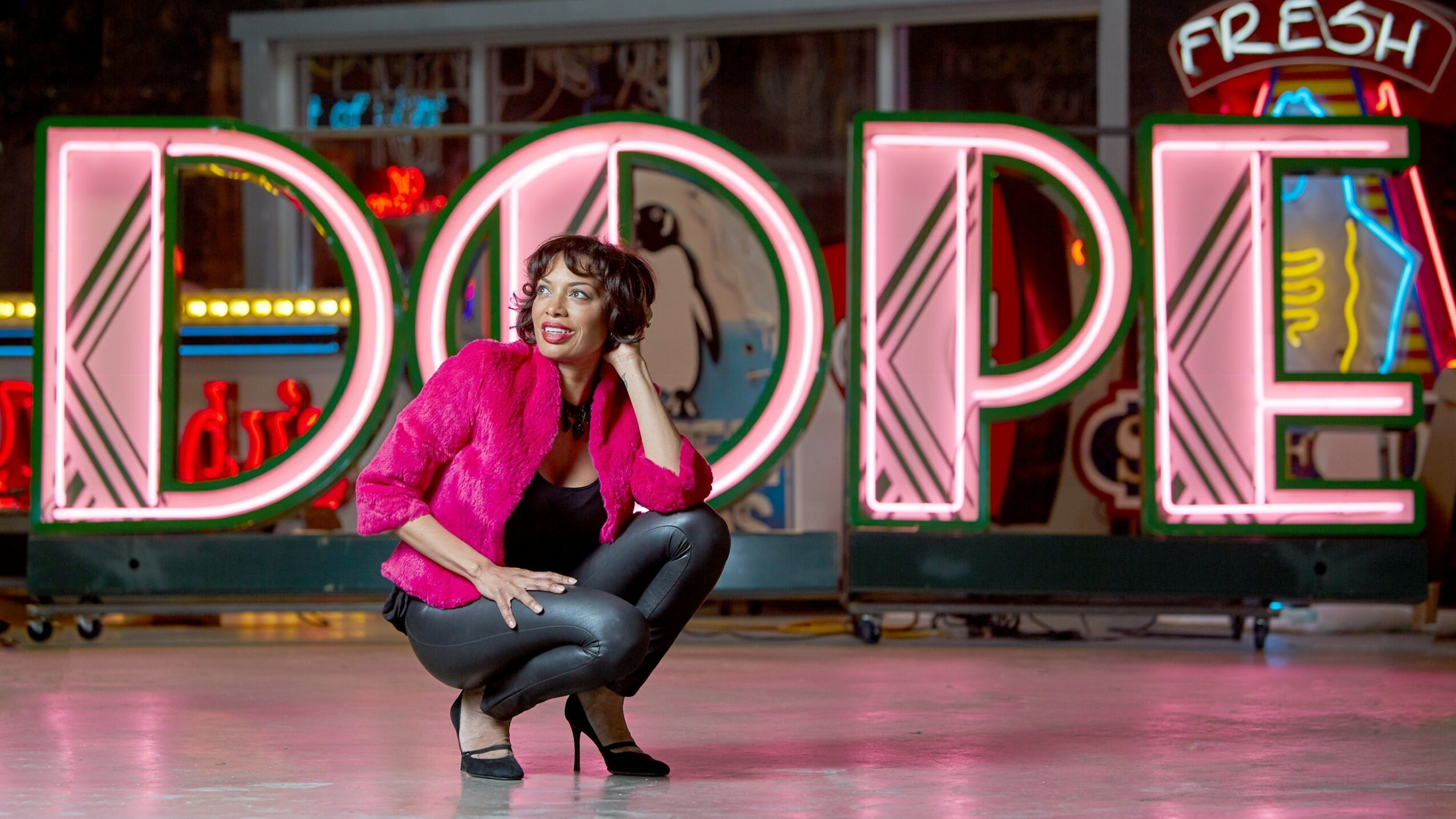 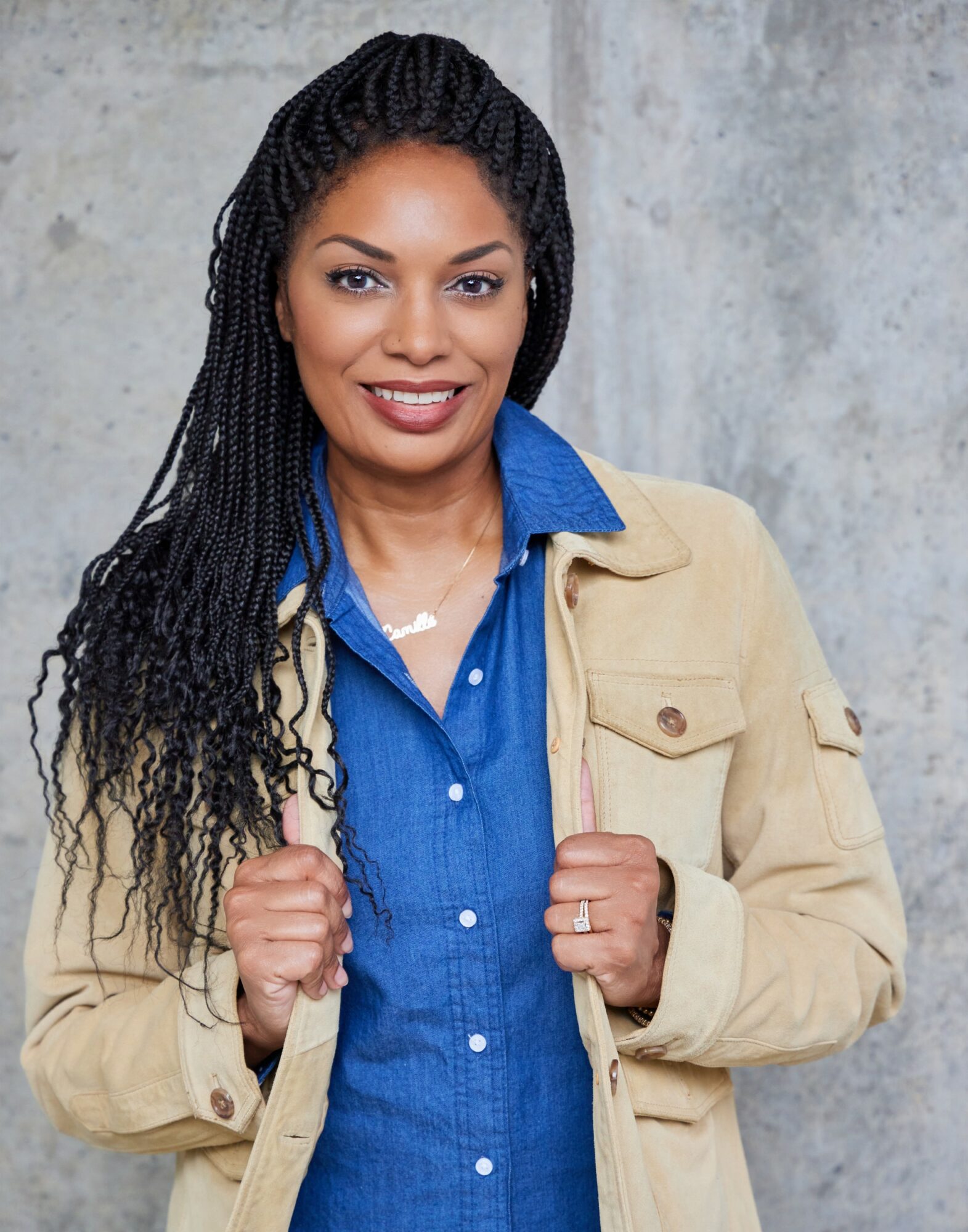 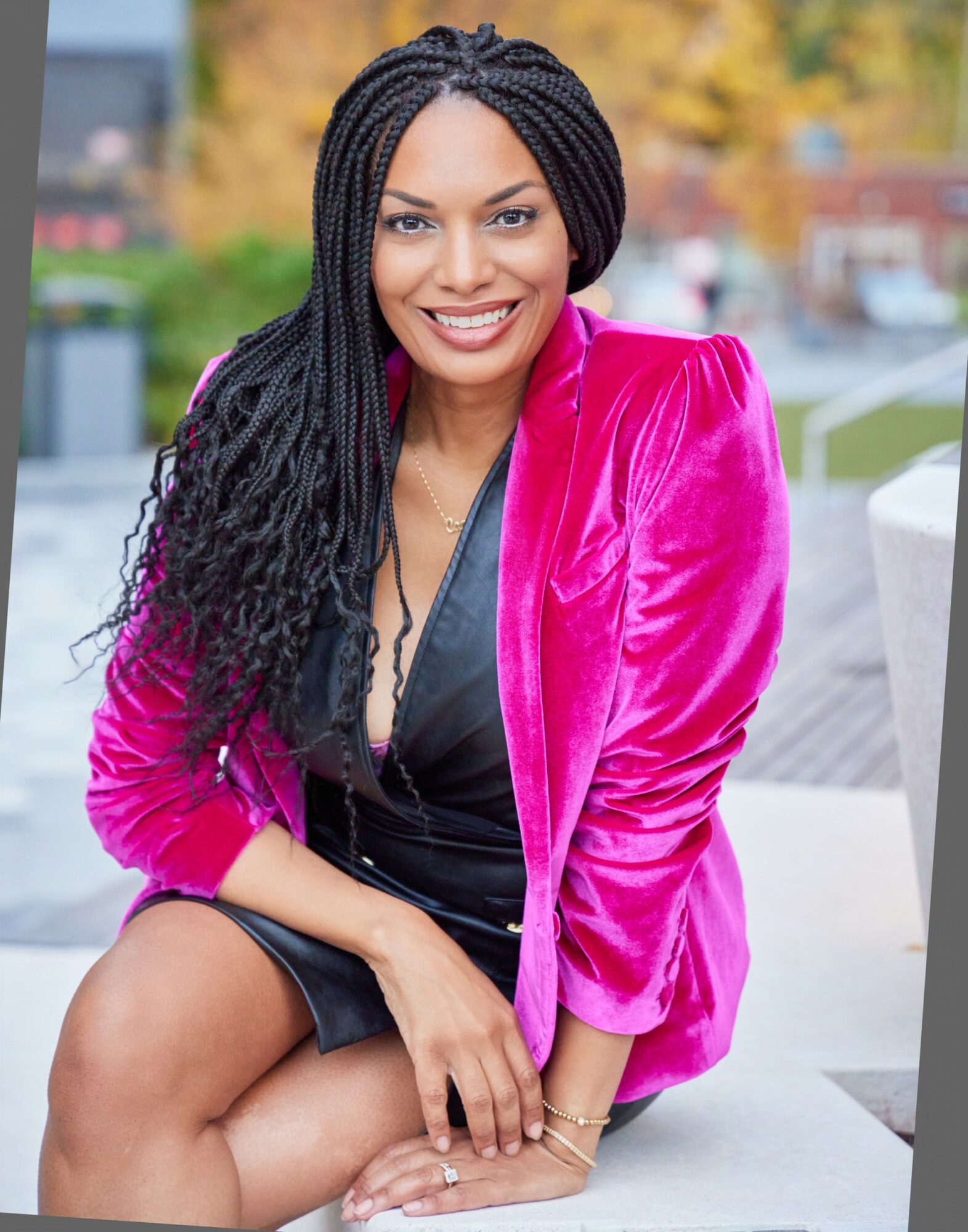 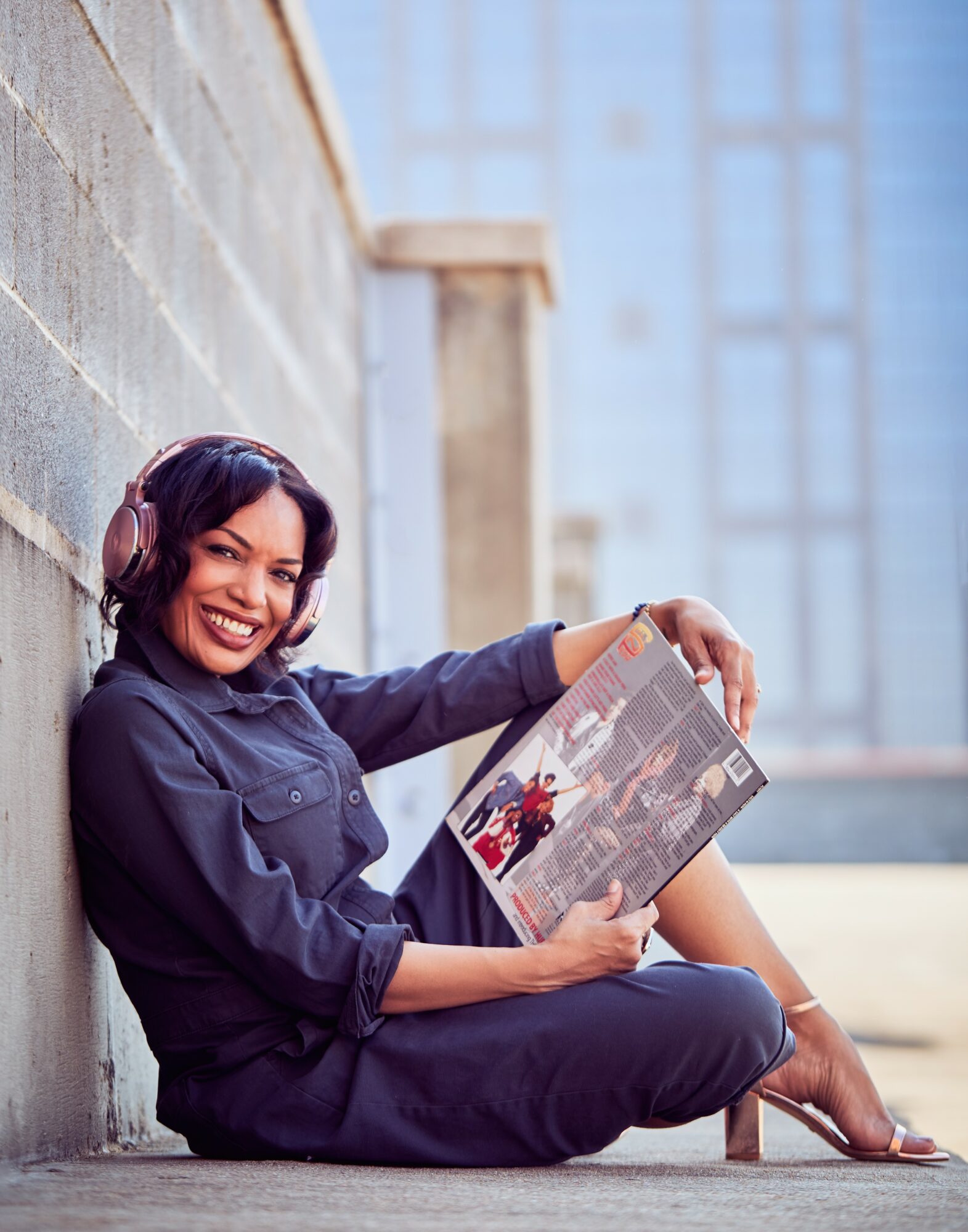 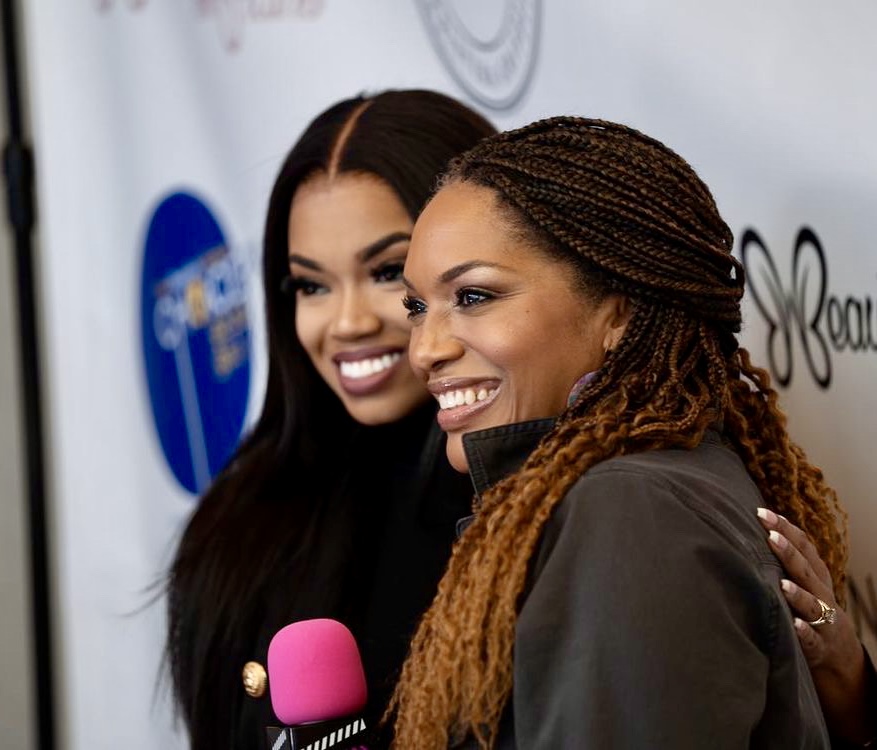 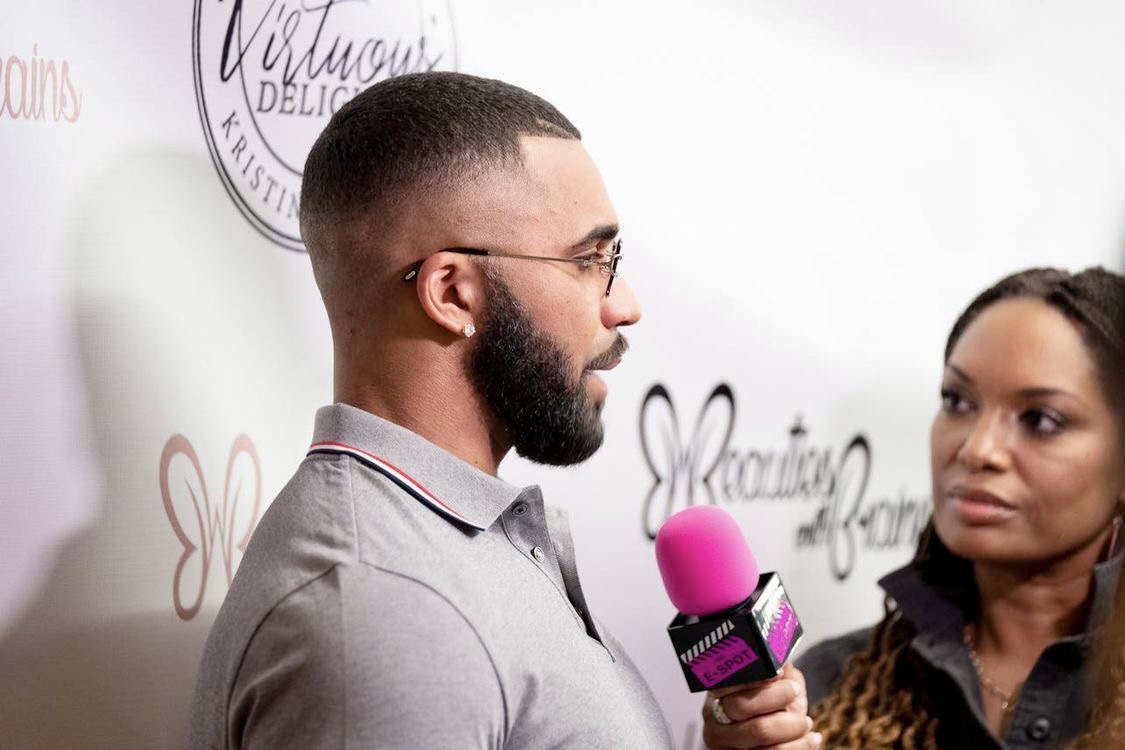