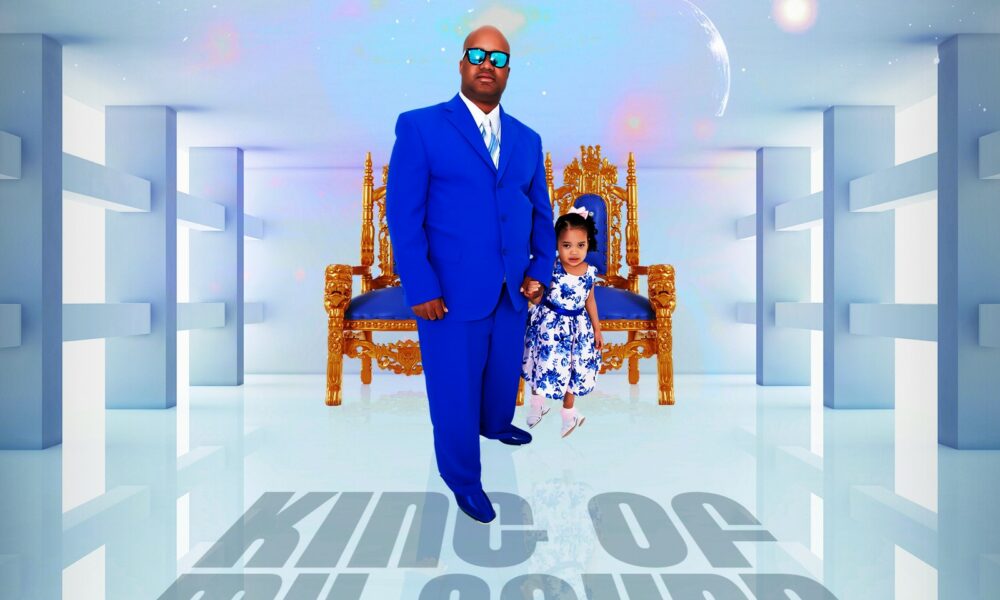 Today we’d like to introduce you to DJ Dezerk. Them and their team share their story with us below:

Derrick “DJ Dezerk” Grimes was born and raised in Raleigh NC and fell in love with music at an early age. He remembers playing outside as a kid with his friends in historic Raleigh North Apts and hearing a neighbor practice on his turntables playing the newest rap songs. Dezerk was drawn to these sounds reverberating through his neighborhood…And even though he couldn’t afford turntables at the time, he knew he had to get some.

While navigating through the challenges we all face growing up, Dezerk might have taken some wrong turns, but he stayed on a musical path. By any means necessary, he was on the grind until he was able to get his own turntables. As he was perfecting his skills, his brother started rapping and needed beats, so Dezerk started buying equipment for recording and producing music. Then one day a friend named Brad also known as Damage from the local national rap group Yaggfu Front introduced Dezerk to how to record and make beats on a computer, it was like a whole new world had opened for him and Dezerk has never looked back.

Mostly self-taught, Dezerk is one of the most sought deejays and engineers in Raleigh. He is constantly looking for the next opportunity to bring people and music together.

He often humbly brags “I have deejayed at every club in Raleigh… The club might have been called something different since the last time I was there, but I rocked there too.”

You currently can hear DJ Dezerk spinning on 92.1 Choice FM in Raleigh every Monday at 12 noon and every Friday at 5 pm for the Happy Hour Mix as well as at clubs and events all over NC and VA. Dj Dezerk also has his own radio show called the Hot Grill Show on Oak 93.5 FM every Thursday from 7 pm until 9 pm. He also does a DJ demonstration at Duke University for a hip-hop class each semester and has launched a record label/entertainment business called G.L.O.W. Entertainment.

Do you know DJ Dezerk? Well, you should…

Can you talk to us a bit about the challenges and lessons you’ve learned along the way? Looking back would you say it’s been easy or smooth in retrospect?
There were never any smooth roads for me. One of the biggest struggles for me was transitioning from being in the streets to taking my talents seriously. Mainly of my own doing going back and forth to jail. At a time when I decided being a jailbird was not for me, I had nothing left besides music and my God-given talents. So, I finally decided to try to get a job or get a career job but there were really no options out there for me and no one or companies would hire me because of my record. So I just started djing for whatever I could get to pay bills and put food on the table.

It was hard to leave the streets alone especially when I was growing up it was so easy to make money and at such a young age that was all I thought I knew. Looking back now I can see what hard work and focusing on something greater can do. Streets will always be in me for sure but I don’t have to be in the streets and I always will be able to relate to the streets.

Appreciate you sharing that. What else should we know about what you do?
Dj for various events.

Radio Dj for Choice Fm Radio 92.1 Fm in Raleigh NC. Play on the lunch mix every Monday at 12 noon and the 5 O’clock Drive mix every Friday

Radio personality on the “Hot Grill Show” for Oak 93.5 FM in Raleigh Every Thursday 7 pm – 9 pm

Instruments I can play Flute, Clarinet, Saxophone, and Piano.

What was your favorite childhood memory?
Most of my memories are with my grandmother Mary E. Grimes and how she taught my siblings and me how to treat people and one another. She also taught us don’t let anyone disrespect us and most of all she always told us don’t think we were better than no one or be jealous of no one.

All of the love and guidance that she gave to us were most of my favorite childhood memories. Other than that my childhood was cut short due to having kids at a very young age and hanging in the street. 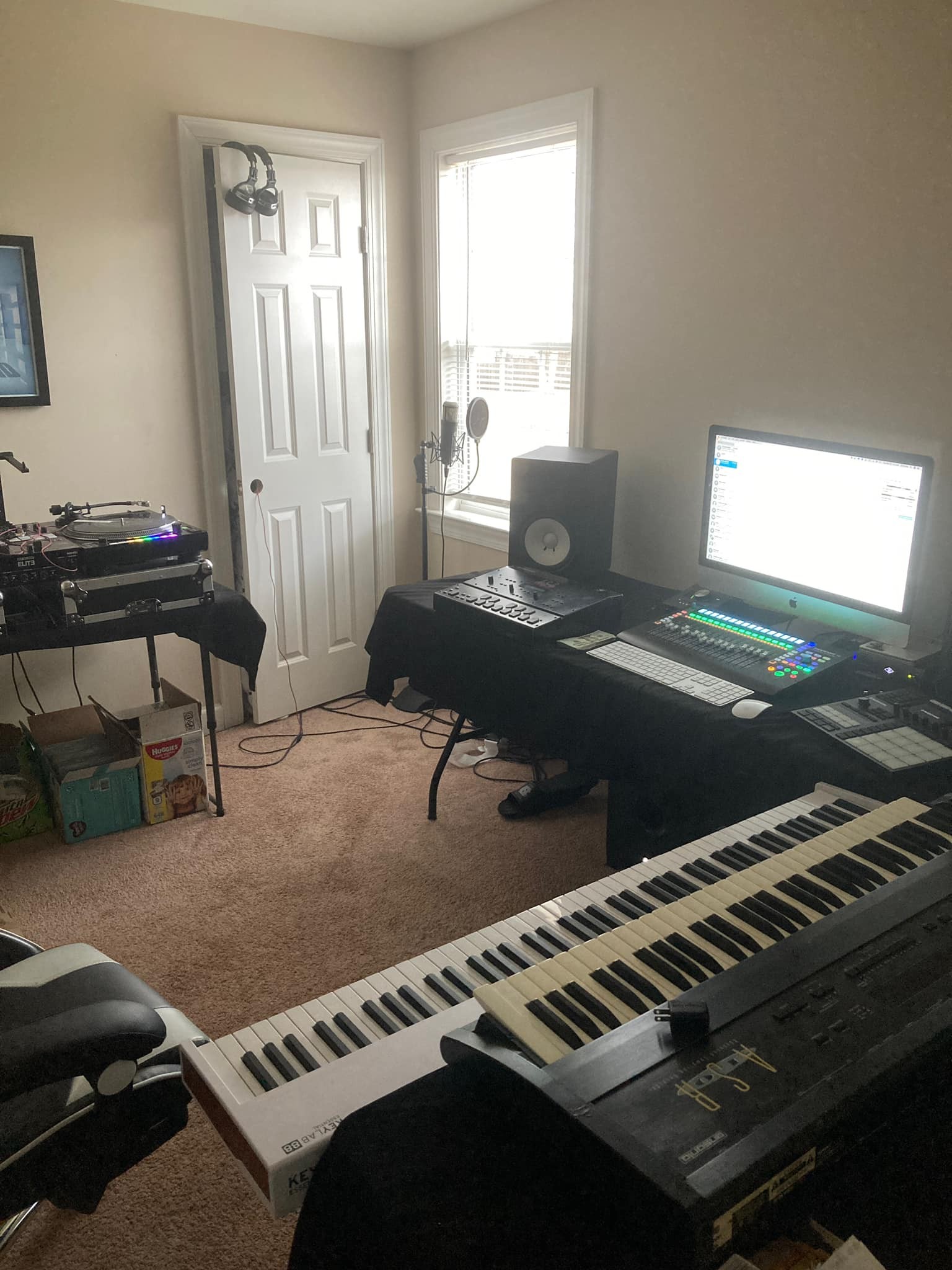 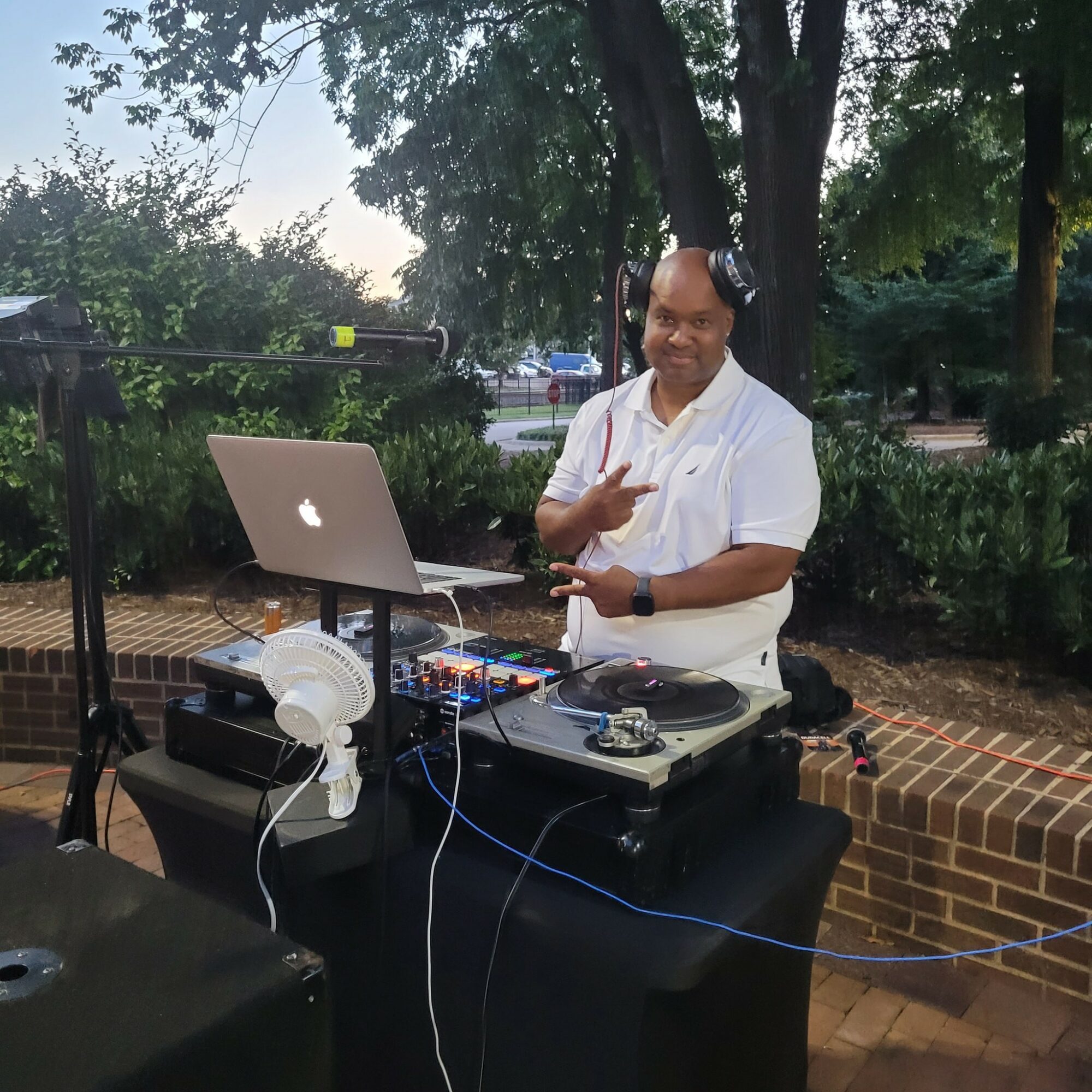 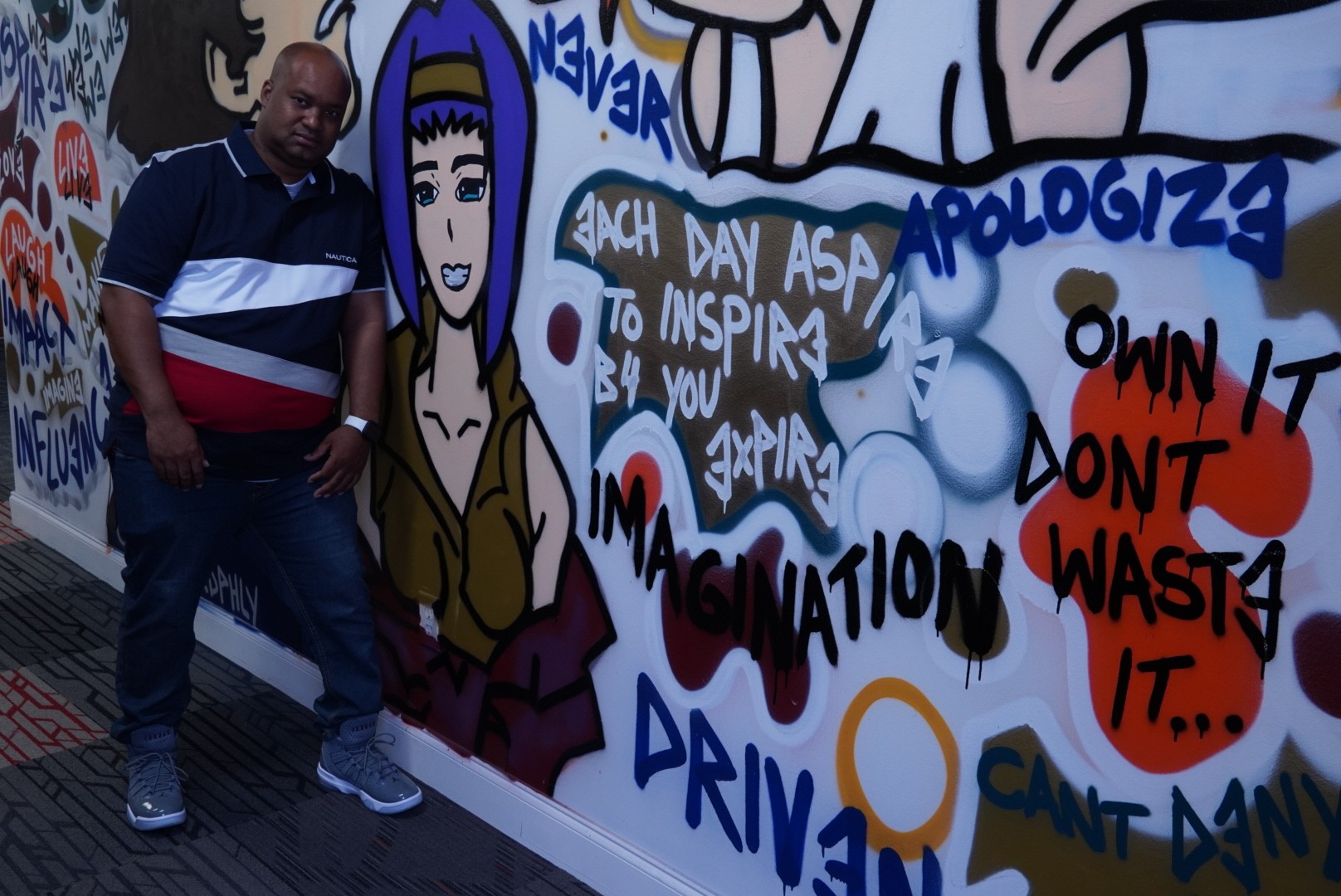 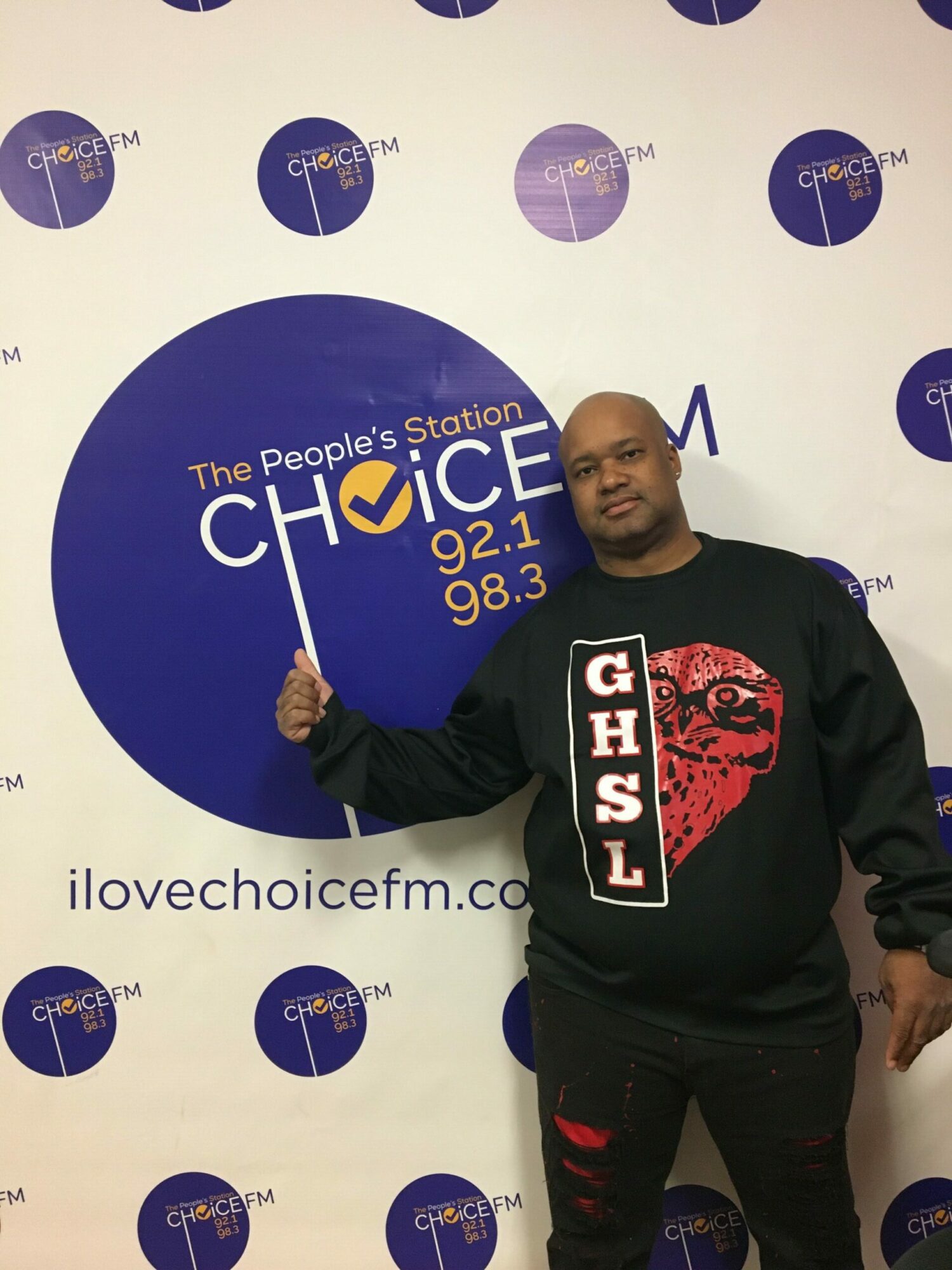